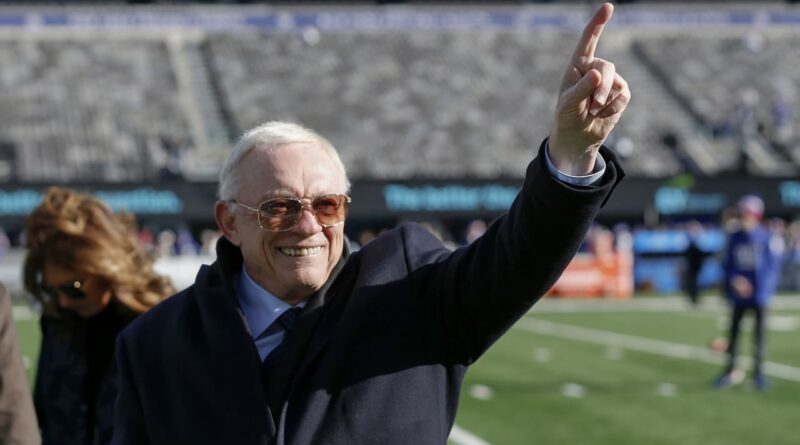 Two weeks ago, Jerry Jones acknowledged that his star quarterback, ﻿Dak Prescott﻿, was indeed in a slump.

On Tuesday, the Dallas Cowboys owner declared it over, or more accurately, denied its very existence.

“What slump?” Jones joked on his weekly radio appearance on 103.5 The Fan. “Of course, I think the execution says it all. … The play-calling was outstanding. The execution. His reads. His ability to get the ball off, get his feet right, make those throws. All of that worked. … We got the (run/pass) balance going.”

Jones was referencing Prescott’s performance against the Washington Football Team on Sunday night. The Cowboys ran up the highest single-game point total in the NFL this season with a resounding 56-14 win, as Prescott completed 28 of 39 passes for 330 yards and four touchdowns. In a mercy substitution, backup ﻿Cooper Rush﻿ finished the game at quarterback.

It was a stark contrast to Prescott’s play leading up to Jones’ initial comments. At the time, he’d just come off a two-interception game, and taken four sacks, in Dallas’ first meeting with Washington. But his struggles certainly dated back further, beginning with a rough outing in a 30-16 loss to the Denver Broncos in Week 9. Since then, apart from strong outings in a win over the Falcons (Week 10) and an overtime loss to the Raiders (Week 12), Prescott had been less than stellar.

“I don’t want to say (it’s a) slump, but that’s probably fair,” Jones said on Dec. 14. “It’s such a multifaceted evaluation. I would say that our offense is definitely away from where we were 5-6 weeks ago. … Yes, he is (healthy). He’ll figure it out.”

With Prescott on the rebound and the Cowboys playing nasty defense of late with some key players back from injuries, Big D is looking big-time.

And if the Washington game is any indication, the quarterback’s slump is over.

Ed Orgeron’s voice is quintessentially Cajun, a product of his deep Louisiana roots

The nine unbelievable moments that defined the Clemson-Ohio State classic