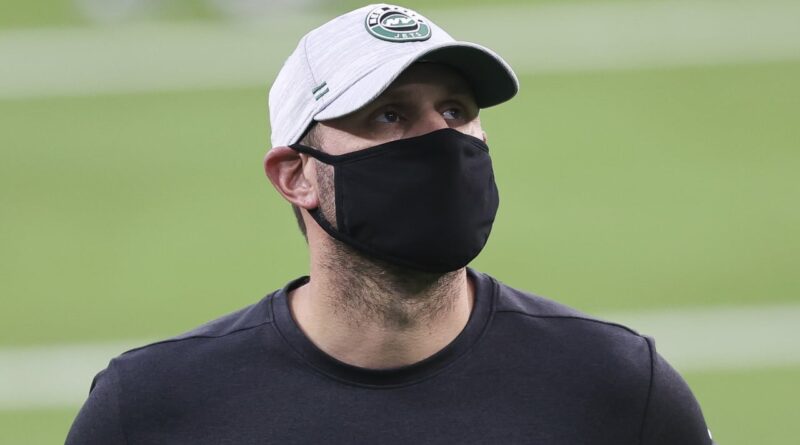 The Jets are expected to part ways with coach Adam Gase after Sunday’s finale against the Patriots, per sources, kicking off a search that the entire NFL world has believed was inevitable.

Expect a lengthy and thorough search.

Gase has a 9-22 record over two seasons, including two straight wins after an 0-13 start amidst a slew of injuries and other issues this season. The new coach and general manager Joe Douglas — who isn’t going anywhere — will have the No. 2 pick. The decision about whether to stick with 23-year-old Sam Darnold or select a QB at second overall will be a collaborative one that will include the coach’s thoughts.

Gase likely would’ve been fired after last week’s game if the Jets had lost, giving them a jump-start on their search. Instead, the Jets pulled a second consecutive upset — beating the Browns, 23-16, one week after beating the Rams, 23-20, in Los Angeles — that sealed the No. 1 pick for the Jaguars instead.

Bienemy, 51, has had several head coach interviews in each of the past few cycles and has gotten a strong public endorsement from Chiefs coach Andy Reid, among others. Eberflus, 50, is widely respected for how hard and disciplined his teams play. Martindale, 57, had a strong interview last year for the Giants job that went to Joe Judge. Smith, 38, is expected to be one of the hottest candidates in this cycle and likely will be in play for every job. Staley, 38, is another up-and-comer who has excelled in his first year leading the Rams defense.

Jets owner Woody Johnson — still United States Ambassador to the United Kingdom and not with the team — has long been intrigued by Harbaugh, 57, who has been exploring through intermediaries a potential return to the NFL. However, Harbaugh’s name is not considered to be on the front burner at this time, per sources.

Before hiring Gase two years ago, the Jets put in a request to interview Campbell, 41, who declined. He remains a possible target for NFL teams, though it’s unclear how willing he is to entertain such a move. Mullen, 48, has a strong track record developing quarterbacks, including Alex Smith at Utah, Dak Prescott at Mississippi State and Kyle Trask at Florida.

Kickin’ It with Kiz: How the Nuggets took Jerami for granted and got burned in NBA free agency – The Denver Post