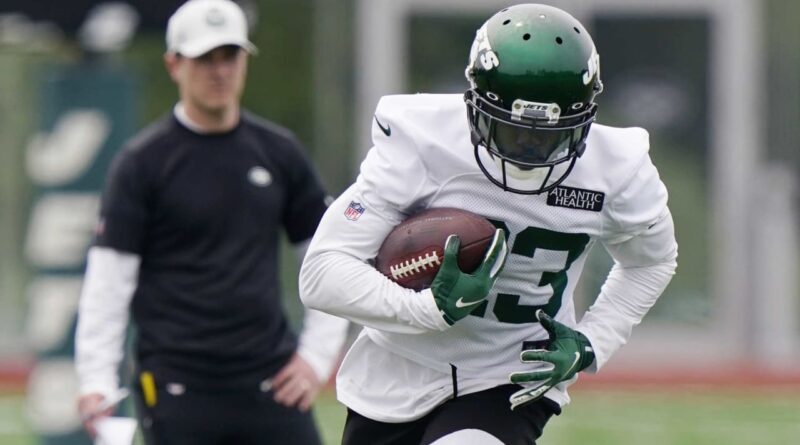 Running back ﻿Tevin Coleman﻿ knows his dismal, injury-ravaged 2020 campaign doesn’t inspire confidence that he will bounce back with the New York Jets. But the running back believes he has plenty to offer his new club.

“Oh, yeah, I feel like I’ve got a lot left — a lot left in my tank,” Coleman said Thursday, per the Associated Press. “I’m a fast guy, I’m a strong guy, I’m big. So I’ve definitely got a lot in my tank to prove myself.”

Coleman appeared in just eight games last season with one start in San Francisco due to injuries — a sprained knee and shoulder issue. He earned 28 carries for 53 yards, all career lows, and four catches for 34 yards in 2020.

“I’m back to 100%,” Coleman said. “I definitely had a lot of things going on from last year with my knee, my shoulder and things like that. But yeah, I’m 100% and everything’s going good.”

When Coleman signed with the 49ers in 2019, the reunion with Kyle Shanahan was supposed to lead to significant output. That never materialized, as the Niners used a bevy of backs and injuries kept Coleman off the field for 10 tilts over two years.

Now in New York — joining former 49ers defensive coordinator Robert Saleh — Coleman is part of a backfield that includes ﻿La'Mical Perine﻿, ﻿Ty Johnson﻿, Josh Adams and rookie Michael Carter. Coleman has a chance to earn a big load share if he remains healthy and displays the burst that made his career in Atlanta. Carter might be his biggest competition if the rookie catches on quickly.

Coleman believes his dual-thread ability could be his biggest asset to rookie quarterback ﻿Zach Wilson﻿.