Sauce Gardner held up a No.1 jersey on draft night once he was selected by the New York Jets. The rookie cornerback paid a hefty fee in order to use that number on the field.

Gardner revealed to reporters on Tuesday that he paid $50,000 to teammate D.J. Reed for the right to wear No. 1.

In hindsight, the $50,000 Reed received from Gardner is a pseudo signing bonus. The veteran defensive back signed a free-agent contract with the Jets this offseason and chose No. 1 one month before Gardner was drafted by the team. Reed had worn No. 2 with the Seahawks last season, which was the first year number selections were expanded around the league.

Gardner had been wearing No. 20 during his participation in Jets organized team activities. The fourth-overall pick wore No. 1 during his college days at Cincinnati, where the shutdown cornerback helped the Bearcats to their first-ever appearance in the College Football Playoff during his impressive junior season.

Next on the docket for Gardner this summer is securing a starting role that potentially lines up him up against opponents’ No. 1 receivers. The 21-year-old is thinking ahead.

Mike Tomlin on 1-2 Steelers: 'We're not going to push the panic button' 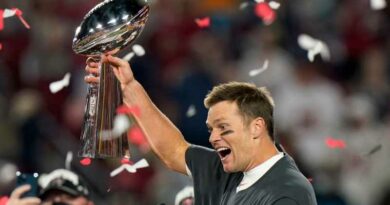 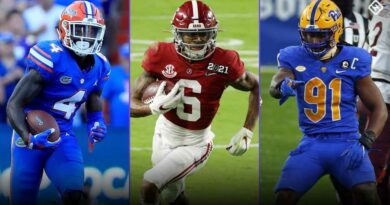 What channel is the Senior Bowl 2021 on today? Time, rosters & NFL Draft prospects with most to prove