Jamal Adams does not seem happy.

The Jets dropped to 3-6 this season with a 13-6 loss to the Dolphins on Sunday. The 23-year-old safety told reporters after the game he was frustrated by New York’s performance so far in 2018.

“I’m not going to hold my tongue for anything anymore. I’m not a loser,” Adams said (via ESPN). I don’t do this for fantasy points. I do this for the love of the game. I’m passionate about this team and I believe in this team.”

Adams, who tallied seven total tackles and two pass breakups against Miami, said he was “sick of losing.”

“I’m fed up with losing,” Adams said. “It pisses me off every time. I’m not a loser. I want to get back on the winning track.”

Jets quarterback Sam Darnold threw four interceptions in the loss to the Dolphins.

The Jets selected Adams out of LSU with the sixth pick in the 2017 draft. He has recorded one interception and 14 pass breakups in 25 career games.

New York has an 8-17 record during Adams’ time with the team. 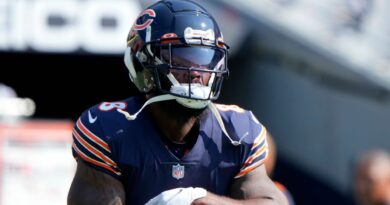