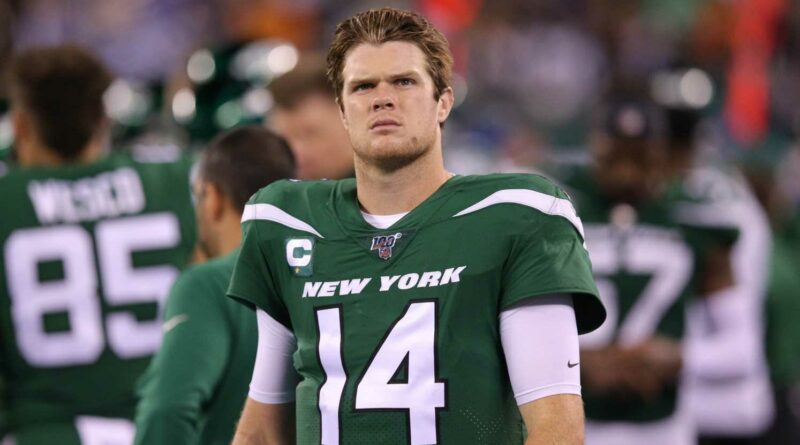 The New York Jets appear to have cleared the way for the franchise to draft a quarterback with the No. 2 overall pick and turn the keys over to him on Day 1.

The Jets have traded Sam Darnold to the Carolina Panthers for a 2021 sixth-round pick and 2022 second-round and fourth-round picks, the Panthers announced on Twitter.

The Jets traded up in 2018 to use the No. 3 pick on Darnold. But the USC product had anything but a smooth transition to the NFL, and much of it had to do with the constant state of turmoil that the Jets have found themselves in. Already, he has played for two head coaches in three seasons.

"I want to publicly acknowledge the commitment, dedication, and professionalism Sam displayed while with the Jets," Douglas said Monday in a statement. "He is a tough-minded, talented football player whose NFL story has not been written yet. While all these things are true, this move is in the short- and long-term best interests for both this team and him. We thank Sam for all of his work on behalf of this organization and wish him well as he continues his career."

Quarterbacks: How the Indianapolis Colts plan to fix Carson Wentz

The Jets fired Todd Bowles following Darnold’s rookie year and this offseason dismissed Adam Gase after two turbulent seasons. Robert Saleh was hired as head coach, and Darnold faced an uncertain future with the organization holding the second overall pick and positioned to take one of the top quarterbacks in this year’s draft.

LaFleur worked closely with Kyle Shanahan and San Francisco’s quarterbacks while serving as the 49ers' passing game coordinator the last two seasons. The brother to Packers head coach Matt LaFleur, Mike LaFleur will be charged with developing their rookie face of the franchise and designing an offense around him that will help maximize his abilities while he learns the NFL on the fly.

The Panthers appeared to enter the quarterback market after Teddy Bridgewater failed to meet new coach Matt Rhule’s expectations last season. Per multiple reports, Carolina had interest in Deshaun Watson, whose relationship with the Texans has soured. Houston had failed to budge on trade talks, but now Watson faces an uncertain future amid 22 civil lawsuits for sexual misconduct leveled against him by massage therapists.

Carolina also pursued quarterback Matthew Stafford, whom the Detroit Lions traded to the Los Angeles Rams, before the team's focus shifted to Darnold.

It's expected that the Panthers will exercise the fifth-year option on Darnold's contract, giving him two seasons to work to reboot his career with Carolina. Offensive coordinator Joe Brady, who is considered one of the NFL's bright, young minds, will be tasked with helping Darnold, who ranked 35th in the league in 2020 with a passer rating of 72.7, live up to the potential that he boasted coming out of college.

"I just think in this offense with Joe Brady, Matt Rhule, the weapons we have around him, he can take that next step with us," Panthers general manager Scott Fitterer said in a news conference. "Looking overall where we were at with the draft, the position we're in, I was excited to add someone of Sam's caliber to the team."

GM Thomas Dimitroff: Falcons are not in 'cap hell'