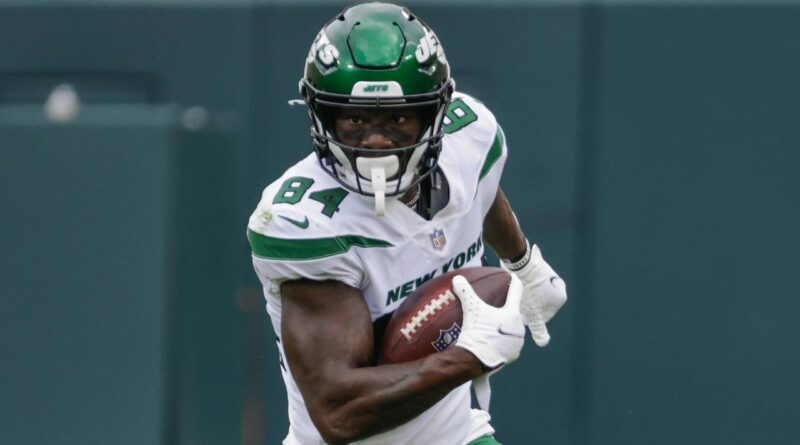 A former top-five draft pick, Corey Davis was never viewed as a No. 1 target during four seasons with the Tennessee Titans. Signing with the New York Jets this offseason, the 6-foot-3 wideout is ready to change the perception that he’s merely a good second fiddle. Davis wants to prove he’s a concertmaster.

“I know that I’m a No. 1 receiver in this league. It’s great that [the Jets] saw that during free agency,” Davis said, via DJ Bien-Aime II of the New York Daily News. “I’m ready for it. I’ve always thought of myself as a No. 1 receiver. I have to go out there and prove it to the league.”

Davis looked the part during training camp and preseason. The veteran was rookie ﻿Zach Wilson﻿’s go-to target, a trend that should continue in Week 1 versus Carolina.

Wilson gushed over Davis’ ability to get open and lead.

“Just the way that he approaches the game and the way that he just does everything right,” Wilson said of Davis. “And he never complains about anything, you’re never calling on him in meetings for not giving enough effort on a play or something like that. Guys see that and everyone is just like, ‘Geez, look at Corey,’ this guy’s always doing the right thing. He’s obviously physically blessed. He’s got good size too and he catches the ball well and knows how to run routes, but I think it’s just his demeanor and the way he approaches the game.”

Injuries derailed the beginning of Davis’ career in Tennessee, and he never seemed to get on track. Coming off a 65-catch, 984-yard season with five TDs (all career highs), Davis is now in an offense in New York that should feed him heavily.

As Wilson’s No. 1 this season, Davis projects as a target maven for Gang Green. After entering the NFL with high expectations, the first-round pick should finally cross that 1,000-yard barrier if he stays healthy.

Baker Mayfield calls his 21 INTs ’embarrassing,’ vows to ‘come back a different animal’ in 2020