Home » NFL » Joe Burrow cautions against panicking over Bengals’ slow start to 2022 season: ‘We are going to be fine’

So far the Bengals have not had the strong start to the 2022 season that they had hoped for and that many predicted for last year’s Super Bowl runners-up.

Despite the offseason adjustments Cincinnati made to try and address previous issues, namely the troublesome offensive line, the Bengals have struggled in their first two games, dropping contests to both the Steelers and the Cowboys. Quarterback Joe Burrow has gotten off to a bad start, too, committing five turnovers in the opener and taking a league-high 13 sacks over the first two games.

But despite the rising chorus of worries about what this slow start means for Cincinnati’s chances of returning to the playoffs, much less making another championship run, Burrow said Wednesday that he’s not worried yet about the state of the team, and there’s plenty of time left for the Bengals to work out their issues.

“Let’s just take a deep breath and relax. We are going to be fine,” Burrow said, per The Athletic. “Obviously we have to play well and get a win, you can’t go down 0-3. But nobody is panicking.”

Cincinnati’s next test will come this Sunday when it travels to play the New York Jets, and Burrow said he’s taking game preparation seriously, going as far to Instagram and Twitter from his own phone in order to remove all distractions and get truly locked in for the next few games.

But Burrow said the biggest emphasis for the team as a whole going into this week has been simply not beating itself.

Cincinnati had multiple opportunities in its first game against Pittsburgh to close out a win, as turnovers, a blocked extra-point kick and the missed field goal in overtime gave the Steelers extra chances that they capitalized on. And turnovers again played a part in the loss to the Cowboys. Burrow said if the team can eliminate these small mistakes and play hard from the get-go, the Bengals could look a lot stronger in Week 3.

“Quit beating ourselves. Start faster and we will get more chances,” Burrow said. “We are getting this thing right. Nobody is panicking.”

This isn’t the first time the Bengals have had to overcome hurdles in the regular season to find postseason success. Burrow pointed out that many thought last season that Cincinnati was in trouble, only for the Bengals to overcome or otherwise manage their issues and make it to the Super Bowl. So from where he’s standing, Burrow thinks the talk is just talk, and Cincinnati will find a way to get things done, sooner rather than later.

“We were in here talking about the same exact stuff, several times last year,” Burrow said, per WCPO. “Everyone saw how it worked out.” 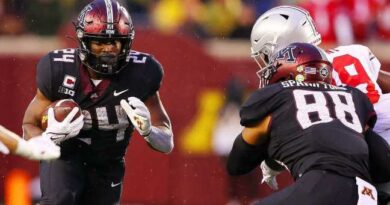