The New York Jets have signed Joe Flacco as their back-up quarterback on a one-year deal, reportedly worth $1.5m with $3m in potential add-ons.

The 35-year-old was released by the Denver Broncos after failing a physical examination in March and underwent surgery on a neck problem last month.

Flacco’s only season in Denver was cut short when he was placed on injured reserve on November 1 with a herniated cervical disk in his neck, having served as their starting quarterback for the first half of the 2019 campaign.

Acquired from the Baltimore Ravens for a fourth-round pick last year, Flacco started eight games for the Broncos before getting hurt, throwing for 1,822 yards, six touchdowns and five interceptions as Denver started 2-6. 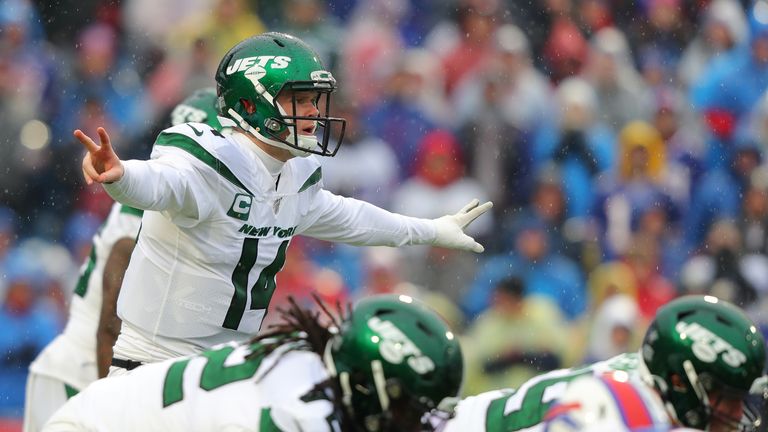 Big Ben says he's 'not going to worry about' INTs

How NFL experts viewed the Patriots’ trade for Bill Belichick 19 years ago: ‘The Pats will regret hiring Belichick’