"If it's what they say, three or five guys and that's it, I don't think it affects us," Calipari said after Kentucky's Blue-White scrimmage Sunday. "As a matter of fact, probably makes us better. The kids that come here are kids that want the competition and want to get better. They're not going somewhere so that they only gotta shoot all the balls. (Those players) don't come here.

"I think this may even separate us some, so I'm not worried about it."

The three Kentucky players made available for interviews after the scrimmage (sophomore Nick Richards and freshmen Tyler Herro and EJ Montgomery) agreed with Calipari's assessment, saying they still would have come to Kentucky if presented with the opportunity to be paid for a year in the NBA's developmental league.

"Might as well come to college, have a good experience, build your brand, play in front of thousands and thousands of people," Herro said. "…College basketball at the end of the day is the best thing. Come March Madness, that’s the biggest stage it can get."

Read this: Blue-White Scrimmage: Who could start for UK and other lessons learned

There is much still to be worked out about the G League's "professional path" program.

How many players will qualify? Who will determine which players are eligible? How will they be placed on rosters? How will the veteran G League players react to their presence?

Perhaps foreshadowing Thursday's announcement of the program, Calipari has railed against the idea that high-level recruits should be pushed to the G League in order to clean up college basketball in the wake of the FBI's investigation into the sport during many of his public appearances in recent weeks.

Calipari's argument is that players who don't pan out will be left as "roadkill" in the G League as opposed to enjoying the other benefits going to college can bring.

"My concern comes back to I want to know what happens to the kids that you've encouraged not to go to college if they fail," he said Sunday. "What are you going to do for them? That's my whole thing. What is it going to do to 8th and 9th and 10th graders? Are you going to have a whole wave of those kids that think, 'I don't need school I'm going to go to the G league.'"

Asked why they would not have considered a G League contract out of high school, Richards and Montgomery pointed to their personal development.

"People when they come to college, they get a lot better," Montgomery said. "It’s just more of a stage. … I made my choice to come here so I could get better every day.”

Indeed each of Kentucky's players made the choice to sign with a program where they knew practices would be filled with other five-star prospects and the available minutes might be fewer thanks to a 10-deep roster of former top-50 recruits.

There are legitimate reasons for top-level prospects to choose programs other than Kentucky for a variety of reasons, but avoiding competition is the one Calipari most often cites.

He thinks many players who would take the G League route might fall into that category. 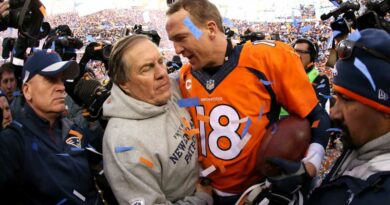