Jon Gruden said in part of an interview published Wednesday that he's received calls from numerous players who are "dying" to play for the Oakland Raiders.

"I got a cell phone just like you and everybody else," Gruden said in an interview with Fox Sports. "And I get a lot of phone calls from people that are dying to come and play here. I'm just telling you. They're dying to play for the Raiders.

The Raiders are 1-6 this season under Gruden, who signed a 10-year, $100-million contract to join the team and leave the "Monday Night Football" booth. He has been criticized for some of his personnel moves thus far, including a trade that sent star pass rusher Khalil Mack to the Chicago Bears.

Gruden said in a news conference last month that the Raiders, who are due to move to Las Vegas by 2020 at the latest, are "(building) our team" and not "tanking," as his critics have argued.

"I hear the hatred out there, some of the rumors that we are tanking it to get a first-round pick or a higher pick," Gruden told reporters. "We are not getting up at 4 o'clock in the morning to tank it. Ain't nobody tanking it. I don't know who wrote that or who said that or who thinks that, but that isn't the case here." 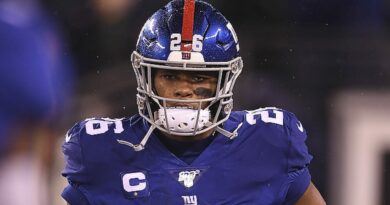