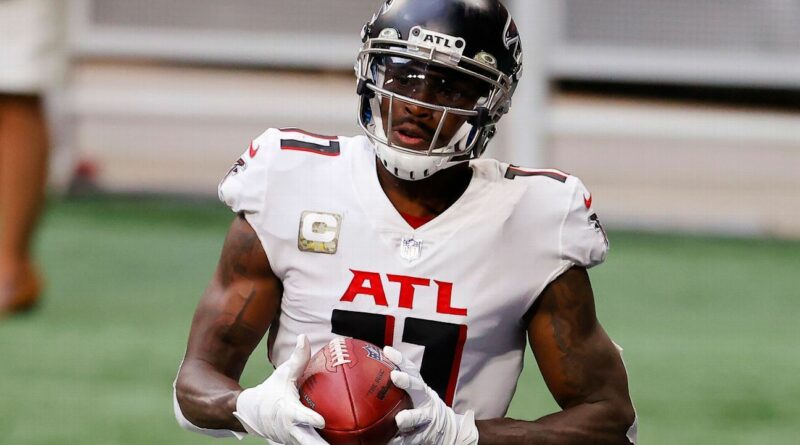 FLOWERY BRANCH, Ga. — Atlanta Falcons coach Arthur Smith was mum Wednesday about whether or not Julio Jones will be at the team’s mandatory minicamp next week.

“We have conversations all the time with all our players and there’s good communication back and forth, multiple avenues,” Smith said. “So we’ll see what happens next week, where we’re at, you know. I can answer that for you next week.”

He later said, in an answer to a question about Dante Fowler, who has also missed voluntary OTAs, that “depending where we’re at next week, we see everybody.”

Jones has been the subject of trade conversation over the last two months as Atlanta tries to remedy its salary cap situation. On FS1 last Monday, Jones said “I’m outta there” when asked about the Falcons in a telephone call with Shannon Sharpe on the network’s “Undisputed” show. It is unclear whether Jones knew the phone call was being televised.

ESPN’s Dianna Russini reports the Seattle Seahawks, Los Angeles Rams, San Francisco 49ers and Tennessee Titans are among the teams that have discussed a trade with the Falcons.

Now that it is past June 1, trading Jones offers more immediate cap relief, spreading his hit over the 2021 and 2022 seasons instead of all this season.

The 32-year-old is the franchise’s all-time leader in catches and yards and second to Roddy White in touchdown receptions.

Smith, in his first season as head coach, said he isn’t frustrated by constant questions about Jones, calling it “part of the job.”

What channel is Packers vs. Redskins on today? Schedule, time for NFL Week 14 game

What channel is USC vs. Oregon on today? Time, TV schedule for 2020 Pac-12 championship game