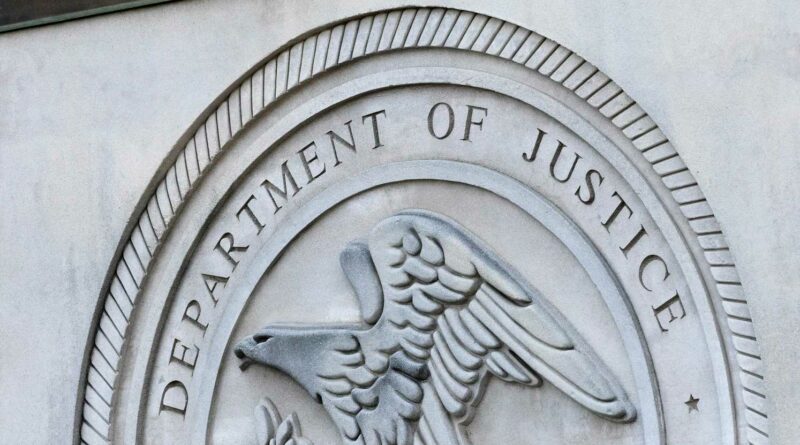 The Justice Department’s antitrust division leader sent a letter to NCAA President Mark Emmert on Friday that expresses strong concerns about the association’s direction on rules regarding athletes’ ability to transfer and to make money from the use of their names, images and likenesses.

But in the letter — a copy of which was obtained by USA TODAY Sports — Assistant Attorney General Makan Delrahim says one part of the NCAA’s prospective approach to regulating athletes’ involvement in name, image and likeness deals “may raise concerns under the antitrust laws.”

Assistant Attorney General Makan Delrahim writes in a letter to the NCAA that one part of the association's prospective approach to regulating athletes’ involvement in name, image and likeness deals “may raise concerns under the antitrust laws.” (Photo: Mark Lennihan, AP)

More generally addressing other rules that will remain in place, he wrote: “Ultimately, the antitrust laws demand that college athletes, like everyone else in our free market economy, benefit appropriately from competition.”

“While the Division expresses no views on the need for any such legislation," Delrahim wrote, "should Congress deem such legislative immunity necessary we would anticipate it will be the narrowest possible immunity and one that would contemplate a collective representation of college athletes’ rights as a condition of any such immunity.”

In an interview with USA TODAY Sports, Delrahim said that he wrote the letter to Emmert in connection with the upcoming NCAA meetings, as well as conversations between Justice Department officials and the NCAA that cover several years.

“Because we understand that the NCAA is considering changes to their rules,” Delrahim said, “we want them to benefit from the Antitrust Division’s views as part of our ongoing dialogue, so as to avoid any misunderstanding on what the law requires.”

Delrahim’s views on the NCAA are not new. He has expressed them in various forums as far back as 2018. He is an appointee who will be leaving the Justice Department just before the upcoming inauguration of President-elect Joe Biden. But his letter includes a closing reference to David Lawrence, a career official in the department who is chief of the Competition Policy and Advocacy Section. In the interview, Delrahim also expressed confidence in the likelihood of a continuity of approach to the NCAA by the Biden administration.

The transfer rule change would address the five remaining Division I sports in which athletes generally are prohibited from playing for one year if they change schools. Under the proposal, athletes in Bowl Subdivision football, men’s and women’s basketball, baseball and men’s ice hockey would no longer have to sit out the first time they change schools.

But the letter takes issue with other aspects of the transfer process that are set to remain in place, and Delrahim, referencing prior interactions between the department and the NCAA, wrote:

“Our expectation is that our engagement with the NCAA over its transfer rules will … result in the NCAA’s removal of unnecessary anticompetitive barriers that stand in the way of college athletes transferring between schools. Of course, the Division stands ready to enforce the antitrust laws if necessary.”

Athletes must notify their current school of their intention to transfer before contacting, or being contacted by, another school. And once athletes provide notice of their intent to transfer, NCAA rules allow schools to reduce or cancel their financial aid at the end of the ongoing academic term — or immediately if notice is given between academic terms.

“Thus,” Delrahim wrote, “college athletes must risk losing their current scholarship – not to mention alienating their coaches — in order even to explore the possibility of transferring to a new school.  The NCAA … should consider seriously whether these rules, taken together, unreasonably deter students from entering the transfer process and, as a result, leave college athletes without a competitive alternative to their current school.”

Delrahim’s letter uses equally strong language in addressing not only the NCAA’s proposed approach to name, image and likeness.

While the NCAA’s proposed changes would give athletes new and significant abilities to make money from their name, image and likeness (NIL) and other activities, they include various restrictions and would require athletes to disclose their name, image and likeness activities to what is described as “an independent third-party administrator.”  While numerous details about this entity remain undefined, the NCAA’s required statement of rationale for rules change says the disclosure requirements will “ensure integrity of the recruiting process,” and “evaluate NIL activities for possible malfeasance.”

At issue is the prospect of athletes being offered deals that college athletics administrators say could be viewed as thinly veiled recruiting inducements.

In the interview, Delrahim expanded on this idea in the more specific context of the proposed third-party administrator.

“The devil will be in the details – who's on that board and who they answer to … because who appoints them and what their points of view are can be outcome-determinative,” he said. “While we applaud efforts to increase integrity in the process, we must be very careful to ensure that a board does not operate as a backdoor way to limit competition. You know, athletic directors' and coaches' salaries are not subjected to such a process. We want to ensure that the NCAA imposes only the narrowest form of competitive restriction that is necessary.”