Home » NFL » K.J. Wright 'not closing the door' on possible return to Seahawks: 'There is a chance' 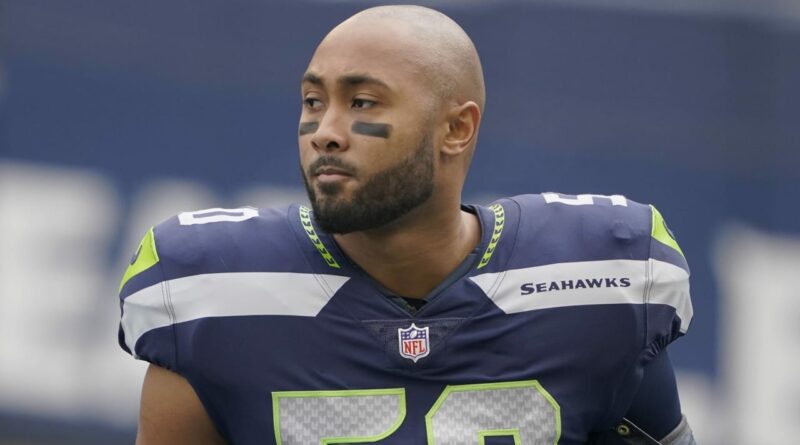 It’s that time of the NFL calendar when veteran players of a certain age begin grabbing chairs ahead of training camp in an effort to earn a job and continue their careers.

We’ve seen edge rushers Melvin Ingram (Pittsburgh) and ﻿Alex Okafor﻿ (Kansas City) ink deals before camps open. Other signings could fly down the pike in the coming days, with 29 of the 32 teams kicking off training camps on July 27.

Free-agent linebacker K.J. Wright remains one of the interesting names without a team. The longtime Seahawks tackling maven joined SiriusXM NFL Radio and was asked if a return to Seattle is still in the cards this late in the process.

“Yes, there is a chance,” Wright said responded. “There is a chance, and I’m not closing the door on Seattle. Going into free agency, I thought it’d be a no-brainer, but they’re going to wait until training camp, so we’ll see.”

Way back in May, Pete Carroll noted that there was a chance of a reunion with Wright, but the club seemed willing to wait until at least training camp to see if they had a younger, cheaper option. The Seahawks have 2020 first-rounder ﻿Jordyn Brooks﻿ set to take on an expanded role as the weakside LB alongside ﻿Bobby Wagner﻿. Seattle’s plan to employ more defensive-back heavy sets negates the need for a deep LB corps, putting a reunion with Wright in question.

“No matter what happens, my career in Seattle was just unforgettable,” Wright said. “Ten years — had a lot of fun, got a Super Bowl, got a Pro Bowl, Seahawks Man of The Year. I did a lot of good stuff in that jersey. And so, hopefully, one day, they put me up in the Ring of Honor. We’ll see.

“But yeah, no matter what happens, just playing with Bobby and the Legion of Boom, those guys, that’s going to be historical. And I’m just thankful that I could be part of it. So we’ll see if I go back to Seattle, that’d be nice. If not, you know, I’m forever thankful.”

With a hoard of former Seattle defensive coaches smattered across the league, it’s possible that Wright could land on a new club for the first time in his career. Dan Quinn is in Dallas — though the Cowboys have a glut of LBs currently. Gus Bradley is in Las Vegas. Robert Saleh is heading the New York Jets. Kris Richard is in New Orleans.

Thus far, Wright hasn’t found a deal that has pried him off the open market. With training camps opening and the season on the horizon, we’ll see if he grabs a chair before the music stops and the 2021 season begins.

“For me, I believe that it’s what a team wants from me,” Wright said. “I know that what I provide to a team, I know that coming off my two best seasons after I suffered a knee injury — had my two best years, played phenomenal, switched position, destroyed that position. And so for a guy that’s played SAM, MIKE, and WILL (linebacker positions), played under a bunch of defensive coordinators, I know that I can go into a training camp, pick up the playbook, nice and easy, nice and fast, go out to perform in any position that want me at.

“So I’m excited. Whatever opportunity does present itself, I’m just going in there and attack it and just have fun playing in year 11. “

Who plays in the Rose Bowl this year? Teams, date, schedule for 2020 CFP semifinal game