Kansas City’s holiday cheer might be a little lacking this year after getting coal in their stocking last week. They fell to Seattle 31-38. Kansas City’s defeat came about despite a quality game from Patrick Mahomes, who passed for 273 yards and 3 touchdowns.

Meanwhile, Oakland received the perfect holiday gift last Monday. They were able to grind out a solid victory over Denver, winning 27-14. For Oakland, this is just revenge for the 19-20 loss they suffered against Denver the last time they faced one another.

Kansas City are the favorite in this one, with an expected 14-point margin of victory. Those sticking with them against the spread have guts, to put it politely, as the team has let down bettors in their past four games.

Kansas City’s defeat took them down to 11-4-1 while Oakland’s victory pulled them up to 4-11-1. Doug Martin will be someone to keep an eye on after he rushed for 107 yards and 1 touchdown on 21 carries last Monday. Let see if he can build on that strong performance or if Kansas City’s defense can bottle him up.

The Chiefs are a big 14 point favorite against the Raiders.

Vegas had a good feel for the line for this one, as the game opened with the Chiefs as a 13.5 point favorite.

Kansas City have won 6 out of their last 7 games against Oakland.

The current forecast: sunny, with a temperature of 37 degrees.

Why Jason Witten made the right call to leave ESPN, return to Cowboys 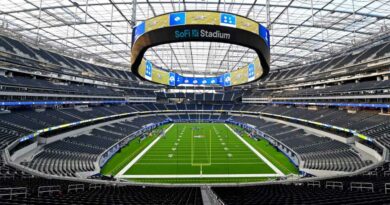