The Kansas basketball program announced Wednesday that it will sideline sophomore forward Silvio De Sousa while it sorts through information that came to light during a criminal trial in New York earlier this month.

De Sousa, who was a four-star recruit, was one of several current and former players who has been mentioned in the trial of former Adidas executive James Gatto, which stemmed from an FBI investigation into corruption in college basketball.

"Information was presented during the current trial in New York — some of which we knew, some of which we didn’t," Jayhawks coach Bill Self said in a news release. "We have decided to withhold Silvio from competition until we can evaluate and understand the new information. We have already discussed trial developments with the NCAA and will continue to work with NCAA staff moving forward."

Cowboys give Mike McCarthy a vote of confidence: ‘There will be absolutely no change’ at head coach 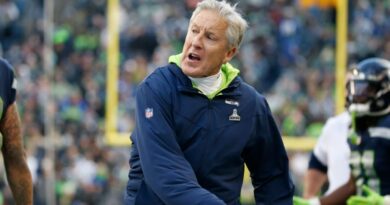