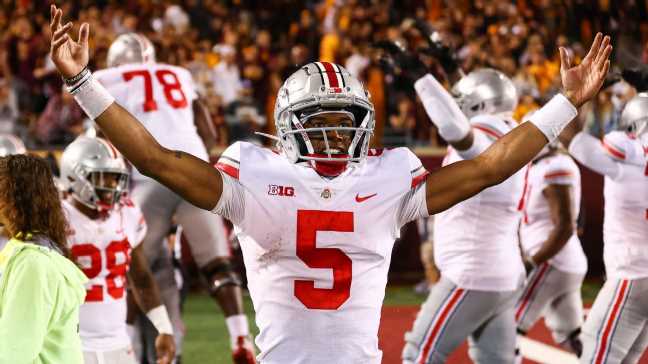 Mel Kiper has served as an NFL draft analyst for ESPN since 1984. He is a regular contributor on SportsCenter and ESPN Radio and writes weekly for ESPN Insider.

Who’s ready for one of the most interesting NFL drafts I can remember? The 2022 class is a head-scratcher for a lot of reasons, not the least of which is that there might not be a quarterback picked in the top 15. There is a lot of buzz around what will happen at the top of the board, but you should know by now that Days 2 and 3 are better than Round 1 — and there will be future Pro Bowlers who go under the radar and get picked in the late rounds.

Let’s get into my final Big Board and position rankings for the class of 2022. I ranked 229 total prospects and also went deeper for each position, including 13 long-snappers (even though only one is likely to be drafted). You’ll see that I have 40 running backs ranked in order, but I also included a “best of the rest” section, which includes 20 more names in the pool who are likely to go undrafted. I did that section for most of the positions.

A reminder: My Big Board is not a prediction of where prospects will be drafted, only where I have them ranked. I have postseason writeups for the top 25, then lists for the rest. I’ll also be making minor tweaks right up until the draft begins, based on some late-breaking medical reports. Let’s dig in, with a familiar face at No. 1:

Hutchinson had a consistently dominant season on the way to finishing as the runner-up in the voting for the Heisman Trophy. He had 14 sacks, 19 tackles for loss and two forced fumbles. He finished fifth in the country in pressure rate (16.5%). He is advanced as a pass-rusher — he already has a few go-to moves — and is relentless on every snap. Hutchinson dominated Ohio State at the end of the regular season, picking up three sacks. He played only 144 defensive snaps in 2020 before he sustained a leg injury and had to have surgery; the Michigan defense cratered after he was hurt. He was outstanding as a sophomore in 2019, putting up 4.5 sacks and creating havoc in the backfield (10.5 tackles for loss).

Ekwonu bullies pass-rushers. He toys with them. He has played both guard and tackle in his career, but he excelled at left tackle in 2021. He moves his feet well in the run game and can get to the next level. I still want to see his arm length measurement, but people inside the league whom I trust think he can stick at left tackle regardless. He has been a riser over the past few months, and people I trust in the league rave about him.

2019 Super Bowl: Here’s why Sean McVay, at age 33, is already at the pinnacle of his profession 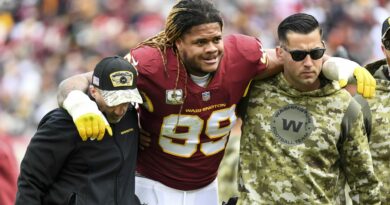 Washington DE Chase Young out for season with torn ACL