Kiz: Broncos Country is grooving to the Teddy B Experience. The leader of the band, Teddy Bridgewater, has completed nearly 77% of his passes with four touchdowns and no picks for a rocking 116.4 quarterback rating. Yes, he has done it against three teams that couldn’t win the SEC West. (Hey, I only kid the ones I love, Urban Meyer). But now it gets real for Bridgewater and the Broncos. Can Teddy B win a showdown with Lamar Jackson and the Ravens?

O’Halloran: Bridgewater can win a duel with Jackson … with significant help. And that’s the big difference between this pair of former Louisville quarterbacks, both of whom were drafted No. 32 overall after Minnesota and Baltimore traded back into the first round, respectively. Jackson can simply take over a game and dictate to the defense to stay in man coverage because of his running ability. Bridgewater is the more traditional quarterback of the two so he needs his team’s running game to be humming along and for his skill-position receivers to get open.

Kiz: “Quit doubting Teddy, man,” left tackle Garett Bolles said after the Broncos’ 26-0 dismantling of the pathetic J-E-T-S. OK, message received. Bridgewater has shown he’s more than a game manager with play-making ability that has won my respect. But Teddy B is done messing with kid QBs without a clue. Jackson is the 2019 league MVP. He’s the most dangerous dual threat in the game today, capable of hurting the Broncos with chunk plays generated by either his arm or legs. How does Bridgewater beat that?

O’Halloran: The all-hands-on-deck approach must be the Broncos’ strategy. Particularly after losing speedy receiver KJ Hamler to a torn ACL, does Teddy have enough weapons around him to a) produce more explosive plays and b) rally the Broncos from behind when that inevitably happens? Hamler’s presence was more pronounced than his production — defenses had to respect his downfield speed. Now they can, in theory, sit back in a two-deep zone and have eyes on receivers Courtland Sutton and Tim Patrick. I would bet against the Broncos winning any kind of offensive shootout until I actually see it.

Kiz: The odds-makers in Vegas see this Denver-Baltimore tilt as a toss-up, with a slight lean to the Broncos because of the orange madness that has returned with the fans to Mile High. In dead-even matchups at the NFL level, I usually lean on a simple formula: Pick the team with the better quarterback. So here’s my question: If this is a one-possession game in the fourth quarter, would you rather have Bridgewater or Jackson in your team’s huddle?

O’Halloran: Aaron Rodgers! OK, maybe next year. But you raise an interesting point. In a 60-minute game, I would also side toward the better quarterback and right now, Jackson is more accomplished. But on the final drive, needing points to win the game, I would lean toward Teddy. In those high-pressure moments, I trust Teddy more to avoid the back-breaking mistake than Jackson, at least this year. 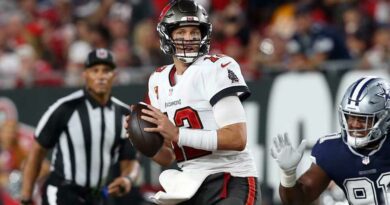 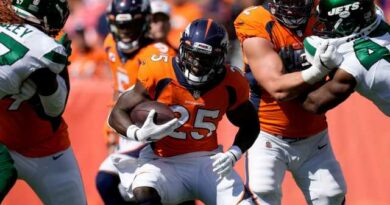 Melvin Gordon: Broncos 'know we can be special' after 3-0 start