Home » NFL » Kliff Kingsbury on Cardinals blowing out 49ers with backups: 'No matter who's playing … they show up' 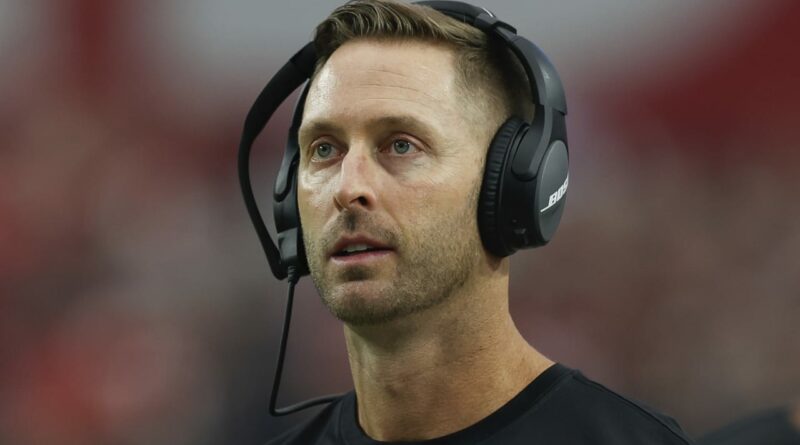 Kliff Kingsbury’s Coach of the Year candidacy got a massive boost in Sunday’s 31-17 beatdown of division rival San Francisco.

The Arizona Cardinals were without star quarterback Kyler Murray (ankle), without star receiver ﻿DeAndre Hopkins﻿ (hamstring), A.J. Green is on the reserve/COVID-19 list, J.J. Watt is on the shelf. The Cards lost running back ﻿Chase Edmonds﻿ and guard ﻿Justin Pugh﻿ in the first quarter due to injures.

Despite all the injury issues, the Cards blasted the Niners, jumping to a 31-7 lead in the third quarter and racking up 437 yards with backup QB Colt McCoy.

“It’s been a fun group to be around,” Kingsbury said, via the official transcript. “No matter who’s playing, who we plug in, they show up, they work hard. It was great to get a full week of practice back in and get in our routine. And I thought we practiced really well and I expected us to play well. It was just fun to watch, fun to be around those guys.”

McCoy completed 22 of 26 passes for 249 yards and a TD. McCoy also called his own number a couple of times, picking up first downs with his feet. The veteran QB earned a career-high completion percentage in a single game (min. 15 pass attempts). The 84.6 percent completion rate was also the second-highest in a single game in Cardinals history — behind only Hall of Famer Kurt Warner (92.3). McCoy’s 119.4 passer rating was his highest in a start since Week 15, 2010 vs. CLE (rookie year.)

“Consummate professional, he knows where to go to the ball, gets it out quick, gets us in the right play, protected it all day, which we knew we had to do,” Kingsbury said of McCoy. “And I’m happy for those University of Texas fans because after that game yesterday, at least they can find some solace in that. I knew we had to play good for all my friends down in Austin, so they could celebrate Colt. But just a tremendous leader, a tremendous player, and that was fun to be a part of.”

The Cardinals also got a boatload of production from running back James Conner after Edmonds left early due to an injury. Conner generated a season-high 173 scrimmage yards and a career-high 3 TDs — most scrimmage yards in a game since Week 8, 2018, with Pittsburgh versus Cleveland (212). With Edmonds out, Conner earned season highs in carries (21), rush yards (96) and receiving yards (77).

The Cards signed Conner this offseason to be the power complement to Edmonds, but then Kingsbury found out they got a player who can do more than initially thought. Conner might continue carrying a bigger load, as NFL Network Insider Ian Rapoport reported Edmonds is feared to have suffered a high-ankle sprain that would leave him on injured reserve.

“I did not,” Kingsbury responded when asked if he knew Conner could be this versatile. “Honestly, I thought he was more of a power, downhill back just watching from far. Then we got them here and I watched the route running. He made some spectacular catches in training camp and he’s quick twitch in his routes. He’s been above and beyond anything I think any of us could have expected and just the work ethic, the approach to the game each and every day, it’s phenomenal.”

It was as complete a win with backups playing key roles that you’ll see in the NFL. The Cards won earlier this year while Kingsbury was out with COVID-19. This time Arizona was without a host of key players and several more coaches, and they still beat a division rival on the road in convincing fashion. For that, Kingsbury deserves a lot of credit.

“Yeah, it built all week knowing what we were coming in here against a division opponent that when I first got here, they were 13-3,” the Cards coach said. “And I remember saying the first time, we got a long way to go to catch up to that team. So to come in here with some of the injuries we had and play that well, I think all of us were really fired up.”

The Cards caught and passed the Niners. Right now, as the only one-loss team in the NFL, everyone is trying to catch Kingsbury’s bunch. 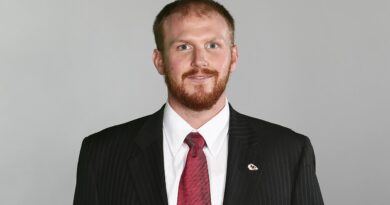