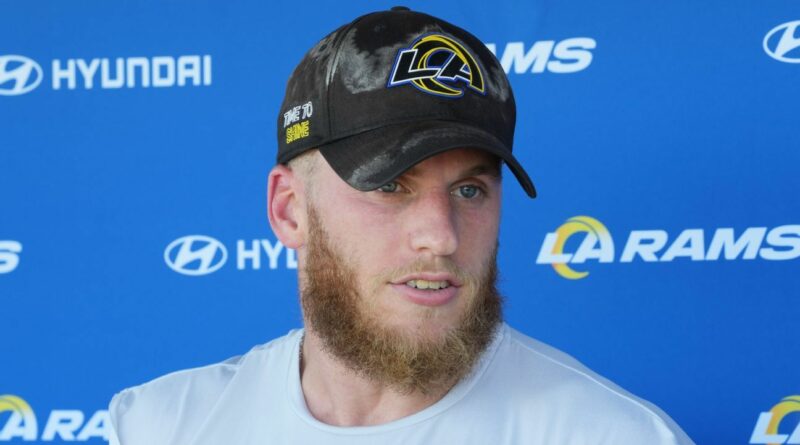 Over the past week, the Los Angeles Rams have made it clear that they want to take care of their stars.

After reworking Aaron Donald’s contract on Monday to give him a big raise, the team made wide receiver Cooper Kupp one of the highest-paid receivers in the NFL on Wednesday. Neither players’ deal was up after this season, but they were given more security and a reward after playing crucial roles in the Rams’ Super Bowl victory.

There were never publicly contentious negotiations for either player. Instead, both had trust the Rams would take care of them.

“All the stuff on the business side, we can trust the organization to be a place that’s going to take care of you,” Kupp said. “They’re going to be able to step in. There’s going to be a respect there and understanding that that stuff’s going to work itself out. So we’ve got a lot of guys who take the right approach mentally to be the best versions of themselves first and let the business side of things kind of work themselves out.”

Kupp said he has “so much respect” for the way the organization is run “from the top down.”

“And not to say that things are perfect, but we’ve got guys that have a respect for their players and I think that’s great,” Kupp said. “It doesn’t always work out that way. I’m not naive to that, understanding that across this league there’s certain things that play out.

“It won’t always work out that way here either, but I do think, as players, understanding that you get to go out there and handle your business on the field, there’s going to be an opportunity somewhere to be able to rewarded for what you’ve done and what you’re able to produce when you’re out there on those lines, playing with your guys. So I am thankful for that.”

This offseason, the Rams extended quarterback Matthew Stafford, Donald and Kupp to contracts that average more than $25 million per year. Along with cornerback Jalen Ramsey, the Rams have kept their core together to compete for another Super Bowl.

“We come in year after year, and it’s clear the organization has put itself and all of its players in a position to be able to go out and achieve that,” Kupp said. “That’s something that certainly we do not take that lightly and we’re appreciative to have that backing from the higher-ups here in this organization and the willingness to challenge and push and be creative and find ways to put us in positions to win games.”

Last season, Kupp led the league with 145 catches for 1,947 yards and 16 touchdowns during the regular season. He also caught two touchdowns in Super Bowl LVI and was named MVP of the game. He became the fourth player since the 1970 merger to lead the league in receptions, receiving yards and receiving touchdowns.

When he signed the extension on Wednesday, Kupp was wearing No. 9, Stafford’s jersey. Kupp said he did that as a nod to how important his quarterback was in getting him to this point.

“I thought it was kind of a cool thing,” Kupp said. “And certainly he’s one of those people that’s had a hand in being able to be in this place and have the opportunity to be able to extend my career here in Los Angeles and be able to sign that contract. Your quarterback plays a huge role in that, so a little bit of a nod to Matthew Stafford in that way.” 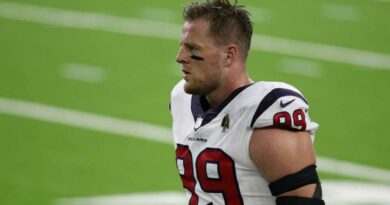 NFL fans react after J.J. Watt announces his release from the Texans