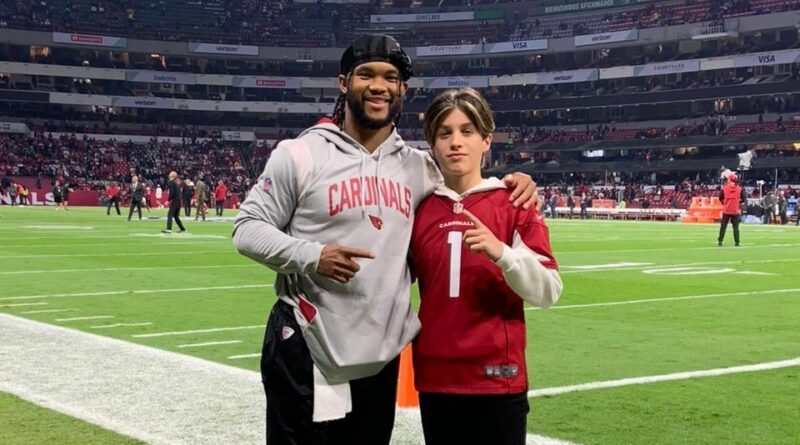 Almost two years to the day after 14-year-old Hector Nahle posted a video to Instagram telling Arizona Cardinals quarterback Kyler Murray that he was Nahle’s inspiration to get through cancer treatment, Nahle got to meet his football hero.

Murray flew Hector, his mother, father and sister to Mexico City from their hometown of Torreon, Mexico, for the Monday night Cardinals-San Francisco 49ers game, and gave them tickets and field passes.

About an hour and a half before kickoff, Murray waved Hector onto the field at Estadio Azteca in Mexico City and the two hugged, talked and played catch — just like Murray had promised in his video response to Hector.

Hector posted his video on Nov. 30, 2020, the day he had surgery to remove 10 centimeters of his right fibula, which included a tumor caused by osteosarcoma. Murray responded Dec. 10.

Throughout his recovery from surgery, Hector used Murray as his inspiration to get through it, sleeping with the jersey that Murray sent him and watching Murray’s highlights to pass the time in between chemotherapy treatments.