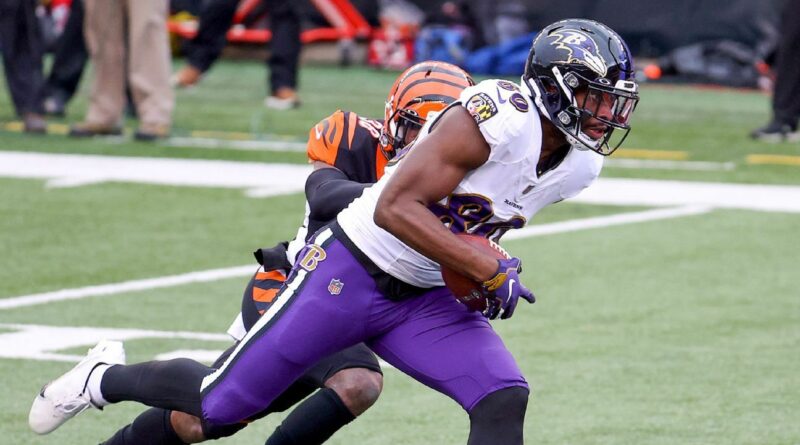 For one of a few times this season, Baltimore Ravens quarterback Lamar Jackson showed he can beat defenses with the deep pass.

On his second drive of the game, Jackson connected on a 43-yard touchdown pass to Miles Boykin on a post route. The touchdown throw — which traveled 37 yards in the air — was the deepest of the season for Jackson, according to ESPN Stats & Information.

Jackson had wanted to improve upon his downfield passing all season, and this was just Jackson’s third touchdown pass of 30 or more yards.

The Ravens’ first touchdown was set up by their ground game and tight end Mark Andrews, Jackson’s favorite target. The Bengals bit on the play-action from Jackson after allowing 80 yards on 12 carries and then surrounded Andrews with three defenders, leaving Boykin open behind the defense for his fourth touchdown of the season.

With Jackson’s 34th touchdown pass of the season, Baltimore jumped out to a 10-0 lead.

Patriots RB Sony Michel: Goal is to be ready for camp