Home » NFL » Le’Veon Bell rumors: Here’s why the RB could skip the entire season, why Steelers might prefer it

The Le’Veon Bell Experience has crossed another milestone in terms of the timeline for the Steelers running back to report: the NFL trade deadline has passed. The next deadline up is coming in about a week, with Week 10 on the horizon. But there is a chance Bell, who has not reported yet, could end up not playing at all in 2018.

It was thought Bell might report as soon as the trade deadline passed — as of 4:01 p.m. ET Tuesday the Steelers couldn’t move him, and they couldn’t trade him sooner because he had not signed his franchise tender — but as of Wednesday morning, the running back still had not reported to Pittsburgh.

As noted by CBS Sports NFL Insider Jason La Canfora on the Pick Six Podcast Wednesday — we do the show daily and break out emergency podcasts in the afternoon for coaches being fired and big items like the trade deadline, subscribe: via iTunes | via Stitcher | via TuneIn | via Google Play — the Steelers still haven’t had contact with Bell or his agent in terms of finding out what the running back’s plans are.

In theory, he needs to report to the Steelers before Week 10 if he wants to accrue a season and ensure he becomes a free agent in 2019, otherwise his contract would toll and the Steelers would be able to use the franchise tag, at the same cost as this year, on Bell again in 2019.

That’s one of three options here. Either Bell can report and be paid $855,000 per week by the Steelers (who will likely use a two-week roster exemption on him, which will feature him getting a negotiated percentage of the weekly tag amount), Bell can fail to report and the Steelers can tag him again or the Steelers could decide to completely rescind the tag.

The last option won’t happen, because of the complicated way in which the compensatory formula would work. Essentially, rescinding the tag would equate to a net zero gain because of the Steelers’ other free-agent signings, based on a report from Mike Florio of Pro Football Talk.

Which is why Florio suggested this week the idea of the Steelers and Bell working out some kind of wink-wink, nod-nod agreement in which Bell doesn’t report at all this year and the Steelers agree not to franchise tag him in 2019.

It would be a Collective Bargaining Agreement violation, but it would be difficult to prove. Bell would be voluntarily giving up more than $14 million in guaranteed salary by not reporting this year, as well as more than $6.5 million by not reporting beginning in Week 10. But he would also guarantee he enters free agency without the workload of the 2018 season on his body; any injury he suffered certainly would not be related to football at this point.

For the Steelers, having Bell stay away for the season would have several benefits. One, they would likely get a third-round compensatory pick in compensation for losing Bell after he signs elsewhere next offseason, provided they go light on the free-agent signings on the open market. Two, they would not have to pay him $855,000 per week.

And three, they could continue playing with James Conner in the backfield, doing what he’s done, which is play pretty well and start to vault the Steelers offense towards the elite unit we expected when the year began.

Conner’s ability to produce in Bell’s absence is definitely not making life easier for Bell in terms of pointing out how important he is to the Steelers offense. Pittsburgh ran its offense through Bell last season and there were many who thought Bell’s absence might cause issues for the Steelers. That hasn’t been the case.

Even if Conner isn’t as good as Bell — and when they’re both healthy and on the field that’s the case — he’s still a very good running back, and he’s exponentially cheaper as well. Paying Conner this year and establishing him as the bell-cow moving forward is probably the preferable move for Pittsburgh, rather than disrupting the offense’s flow and shoving Bell into a locker room that is finally starting to coalesce.

On the other hand, the Steelers aren’t simply going to let Bell leave by rescinding the tag and getting zero in return for him. Which is why it might not be out of the question to see a lengthy absence continue. 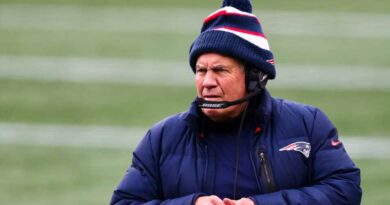 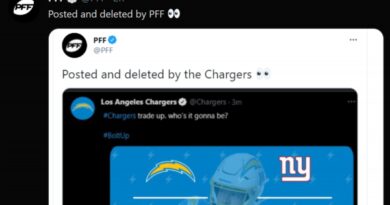