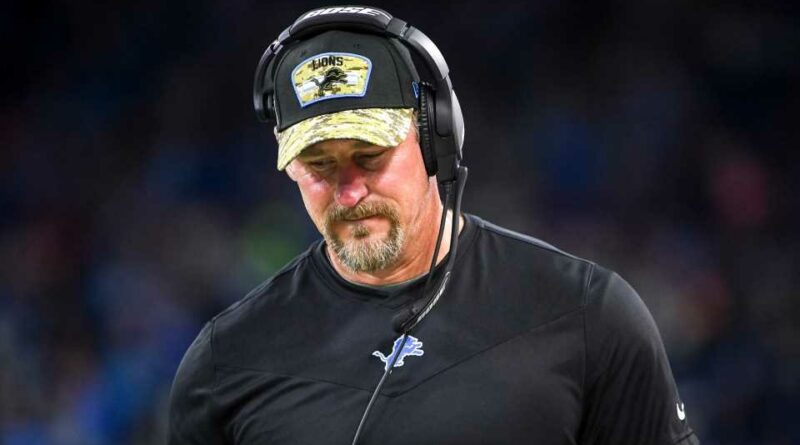 The final drive of the Lions’ 16-14 Thanksgiving loss to the Bears left a lot to be desired for Detroit fans. Chicago held the ball for the final 8:30 of the game and kicked a game-winning field goal as time expired to drop the Lions to 0-10-1 on the season.

Detroit’s defense had chances to get off the field, and the team desperately needed it to as Chicago (4-7) bled the clock. The unit had one great opportunity but couldn’t capitalize because of a critical mistake.

RIVERA: The weird, the bad and the gross from Lions vs. Bears

The Bears were in field goal range with 1:54 left and were facing a third-and-9. The Lions would almost certainly get the ball back if they stopped the Bears on that play.

But the third-and-9 snap never came. The Lions attempted to call a timeout before the play, and their wish was granted. There was just one problem. They had already called a timeout moments earlier. NFL teams aren’t allowed to call back-to-back timeouts.

As a result, the Lions were penalized for delay of game. That gifted the Bears 5 yards and set up a third-and-4. Chicago converted via a 7-yard pass from Andy Dalton to Damiere Byrd. It was then able to run the clock down to one second before its game-winning field goal.

Lions coach Dan Campbell told reporters after the game the penalty was the result of a “miscommunication” on the field.

“Obviously, you can’t do that,” Campbell said of calling consecutive timeouts. “But we had a miscommunication. Half our secondary had one call, half had the other, so, yeah, banged a timeout.”

What led to the miscommunication? As Campbell explained it, the defense had a check baked into the play call. It was supposed to see how the Bears would line up and then adjust accordingly. But part of the defense missed the call, so Campbell knew that the unit was in trouble.

“The first thing in my head is, ‘Well, we’ve got a blown coverage and they’re about to score a touchdown,’’’ Campbell said. “So I do it, which you can’t do, and now it’s a penalty.”

Campbell wasn’t happy with the mistake, but he claimed it was better than the alternative: to “stand there and watch them score a touchdown.”

“I knew [if Dalton] threw it out in the flat, it was about to be a touchdown,” Campbell said.

It was a tough spot for Campbell, but the Lions would have gotten the ball back had they allowed a touchdown. That would have at least given them a chance to mount a potential game-winning drive.

Then again, Detroit’s offense had just 239 total yards during the game, so perhaps giving the defense one last chance to get the Bears off the field was the right move.

SMU football working to make fans, prospects in the Dallas area ‘pony up’