Aidan Hutchinson is staying home to start his NFL career.

The Detroit Lions selected the University of Michigan edge rusher with the No. 2 overall pick in the 2022 NFL Draft.

Hutchinson was viewed as a potential No. 1 overall pick, but the Jacksonville Jaguars preferred Travon Walker with the top selection.

Detroit gleefully skipped to the podium to hand in its card, naming Hutchinson as the first of its two first-round picks during Thursday’s festivities in Las Vegas.

More athletic than he’s given credit, Hutchinson owns a quick first step off the line of scrimmage that gives him an advantage against offensive tackles. The Ted Hendricks Award winner as the nation’s top defensive end is versatile enough to play with his hand in the dirt or stand up on the edge — as he did in defensive coordinator Mike Macdonald’s system his senior year.

Generating 18.5 sacks and 28 tackles for loss in 43 games at Michigan, the 6-foot-6 Hutchinson has the ideal combination of NFL size and quickness. The 22-year-old owns the strength and power to push through bigger offensive tackles, and he’s developed a good array of hand moves, a rip maneuver, and quick paws to keep blockers off his body.

The relentless bulldog might have the hip bend scouts traditionally like for in a top pick — à la Von Miller — but Hutchinson’s burst can make up for that deficiency. Given that many NFL passing schemes have developed into quick-strike operations, it’s debatable whether athletic bend is necessary to be productive, given that at that point in the outside rush, the ball is usually gone. Hutchinson’s brand of power and quick hand movements to shed blocks are a stellar combo to get quick pressure.

Hutchinson fills a major hole on a Lions defense that lacks a potent pass rush. Detroit released former high-priced free-agent pass rusher Trey Flowers this offseason. Former Miami first-round pick Charles Harris and veteran Romeo Okwara are solid players, but the Lions lacked a difference-making front-line defender that offenses had to deal with every down. Hutchinson fits that bill.

The relentless bulldog is the ideal leader in Dan Campbell’s locker room and provides Detroit fans with a familiar face to rally around as the Lions enter Year 2 in their latest rebuild. The hometown kid playing for the Lions also adds another storyline for this year’s training camp edition of Hard Knocks. 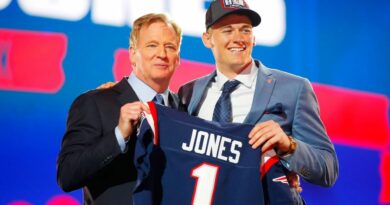 Kiper’s first-round winners and perplexing picks: The Pats got their guy, but a few teams reached 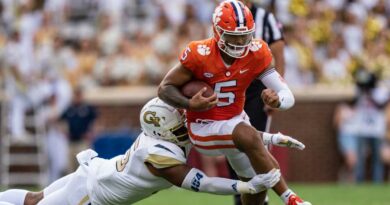