Home » ‘Make a movie out of it’: Go behind the scenes of Baylor’s first national championship celebration 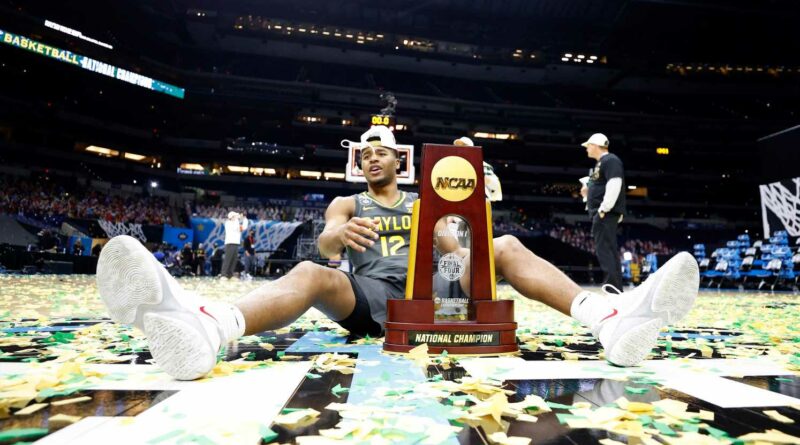 INDIANAPOLIS — Scott Drew wanted one last team huddle before the euphoria fully engulfed his players. As he sat in the middle of the team he's coached through two years of yearning for this very moment, he shared one last sentiment before being interrupted by the loud speakers.

"All I do is win, win, win no matter what!" Lyrics from DJ Khaled's fitting song reverberated through Lucas Oil Stadium as the Jumbotron said it all – National Champions.

Following a program-defining 86-70 win over previously unbeaten Gonzaga on Monday, the entire team found its way onto the scorer's table to show off its newfound swagger. Jalen Suggs might've stolen the table-topping show Saturday when his buzzer-beater sunk UCLA and sent Gonzaga into the title game, but that just served as inspiration for Baylor's domination Monday. And dominate the Bears did.

STILL GREAT: Gonzaga's case for being one of the best non-champions in men's Division I history

By the time confetti dispensed from the rafters, every Baylor player took in the life-changing moment in their own way at center court. Davion Mitchell – the gritty backbone and defensive juggernaut of this team – FaceTimed and hugged the national championship trophy like a toddler with a teddy bear. All Big-12 guard MaCio Teague watched the "One Shining Moment" montage while sprawled on the confetti-covered floor, waiting for the finale. Spoiler alert: He stars in it.

Reserve Matthew Mayer, hat worn backwards over his signature mullet, danced with Most Outstanding Player Jared Butler, who soon after took a championship shirt and towel and shot-faked as if the game was still going and he'd hit another barrage of dagger three-pointers.

And then there was Drew, who let out a light roar once he cut his part of the net, the ladder he climbed to get to it serving as a metaphor for the rebuilding job that was 18 years in the making when he took over the depleted program in 2003 after it had been rocked by one of the biggest scandals in sports. Baylor was reeling that summer from the murder of sophomore Patrick Dennehy by teammate Carlton Dotson, which led to an NCAA investigation that unearthed numerous infractions and forced the resignation of head coach Dave Bliss.

Instead of taking credit, Drew thanked and credited everyone else. Literally. He deflected attention from his coaching and called this group a "player-led team." He thanked Gonzaga coach Mark Few, whom he said he prayed would get to the title game. "I feel for Coach Few. He's such a class act and a Hall of Famer," he said. "But I'd take my team against anyone."

Drew passionately thanked the Baylor fanbase that made its way to Indianapolis and the supporters in the Ferrell Center back in Waco, Texas.

"Coaching is like being a parent," Drew said. "It's like Christmas time opening presents, you're excited to see them open it up. I'm excited for Baylor fans, for Waco, for the entire state of Texas. As great a basketball state as we've been we hadn't won a national championship since 1966."

Drew even thanked the media at press row and in a postgame news conference, some of whom covered his not-so-glorious days at the start of his tenure when he'd hold walk-on tryouts just to fill a roster. He even thanked a team from 2003 that won three Big 12 games.

"I remember being 30-point or 40-point underdogs," Drew said. "Credit those guys who won three games that year. There's a lot of sweat and sacrifice that led up to this. This is their championship as much as ours. That's why this is a 'we thing.' "

That "we thing" culture Drew instilled within his players found its way to Indianapolis – where the Bears spent close to a month together at the one-site, single-elimination tournament.

"It's like a family," Butler said. "A group of brothers. We spent 30 days in the bubble and did everything together. I'll remember that even more than a championship."

Butler and his teammates' journey to net cutting really started March 12, 2020 – when the NCAA Tournament was cancelled due to COVID-19 – and right afterwards Baylor players were in parks wearing masks and doing agility drills with cones. The pandemic was only going to delay the goal, not crush it.

"I think it was harder to win this year than ever before," Butler said. "Because of everything we had to sacrifice with our lives for playing basketball, no social life, no fans at games sometimes. It's really cool to be able to say we did this in the midst of adversity, tribulations, and we were able to bring it home for Baylor.

"When we came back, we knew what our mission was. Now it's like, 'Whoa, we got the band back together and won.' Can make a movie out of it."

The adversity re-emerged in February when the Bears, then undefeated had three cancellations and three postponements due to COVID-19 that upset their rhythm and cost two losses. It also moved their defensive efficiency numbers down from No. 1, prompting Drew to remind Jim Nantz on CBS's post-game show, "our defense is really good." Gonzaga found out the hard way, with Drew keen on "keeping the momentum" while holding a double-digit lead practically all game against the Zags, the tournament's overall No. 1 seed.

Drew knew all along there was a likelihood it would be Gonzaga vs. Baylor in the title game, or Celtics vs. Lakers as he compared it to Sunday.

But his secret, that he revealed early Tuesday with a net wrapped around his neck, was focusing on the journey and not the goal – and then convincing his 20-something-year-old players to do the same.

"Iron sharpens iron, and when you lose, it gives you direction," Drew said, crediting the losses (to Kansas and Oklahoma State) for making the Bears battle-tested against a team that hadn't tasted defeat. "We didn't have to be lucky because our guys were so dominant. …To me a (national championship) never defines a great coach. I value coaches who make players better, academically and character for life, champions for life.

"Our players this year, though, they really sacrificed a lot. We had 5-6 games canceled (or postponed) and so we just took it as a blessing that games were played. That’s why we coach, for players to be successful."

Drew's coaching inspiration comes from his family. His father, Homer, a legendary coach at Valparaiso, helped him redefine his personnel at Baylor. In the first part of the decade, the frontcourt was long and athletic. The 2021 title team was all guard-centric and as Drew put it, "one of the best in history."

Drew's brother Bryce, a coach at Grand Canyon, shared with him an interaction with Jerry Colangelo, the former head of USA Basketball.

"The (takeaway) was that you don't get an opportunity like this often," Drew said. "When you do, make the most of it and put it all out on the table."

The Bears put it all out on the table. Then they danced on it. 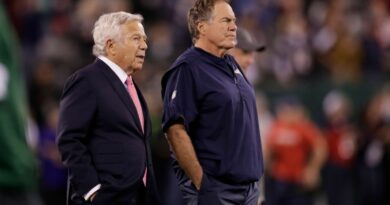