An unidentified man was hospitalized after jumping off a stadium wall during the West Virginia football team's win over Baylor on Thursday night.

WVU said in a news release that the 49-year-old man "scaled and then intentionally jumped over" a wall in Section 134 of Milan Puskar Stadium, falling a significant distance onto the concrete concourse below. The leap came after "a series of verbal altercations with those seated nearby," according to the release.

Emergency medical personnel quickly responded on the scene, according to the school's release, and the man was taken to a local hospital. University police were still investigating the incident as of Friday morning.

MORE: Week 9 games that will affect the College Football Playoff

West Virginia has not identified the man nor disclosed whether he has sustained any serious injuries.

On the field, the Mountaineers cruised to a 58-14 win over the Bears to improve to 6-1.

Five coaches in spotlight: Relief in store for Packers' McCarthy? 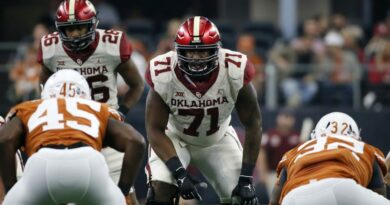