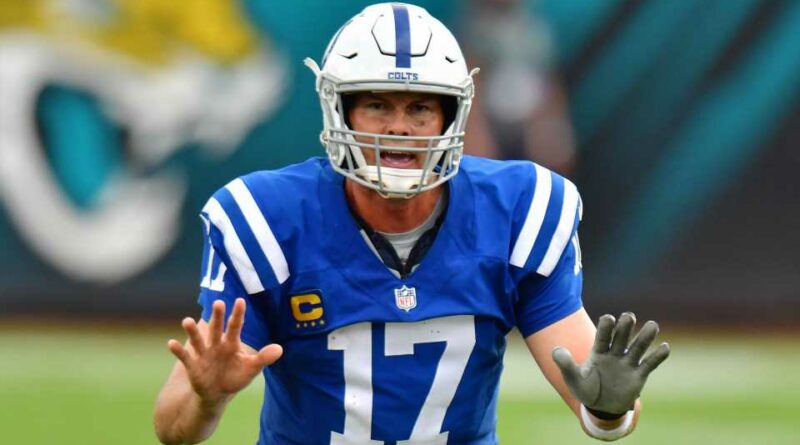 The “Manningcast” version of “Monday Night Football” is back for its sixth episode in Week 10, and once again, the Manning brothers have tapped into their connections to put forward a strong guest list for their broadcast.

“Monday Night Football with Peyton and Eli” has become known for the guests they are able to get on the show. Each quarter, a new personality visits. So far, we’ve seen every type of visitor from seven-time Super Bowl champion Tom Brady to comedian Jon Stewart.

So far, the best performance on “Monday Night Football with Peyton and Eli” came from Marshawn Lynch. He appeared on the show in Week 7 and admitted he had been drinking Hennessy (and dropped plenty of profanity during the broadcast). That was the episode during which Eli Manning famously showed the camera the double bird, which prompted three complaints to the FCC.

This week, the Mannings are getting ready for a Rams-49ers game. Will they bring in some legends from each of those teams, or will they bring on more current players that could fall victim to the Manningcast curse?

Here’s a look at the guest list for the Week 10 airing of “Monday Night Football with Peyton and Eli” during the 49ers vs. Rams game.

ESPN is finally getting their dream. Peyton Manning and Al Michaels will be teaming up for a “Monday Night Football” broadcast. Well, at least for a quarter of it.

Andrew Marchand of the New York Post reported in 2020 that ESPN was trying to pair Manning and Michaels in their “Monday Night Football” booth. This came after the company missed out on the Tony Romo sweepstakes.

It should be fun to watch Manning and Michaels banter back and forth. It may not quite fulfill ESPN’s dream of having them on a traditional broadcast together, but it should be good entertainment nonetheless.

The guest for the second quarter of the “Manningcast” will be Phil Mickelson. The six-time major winner is friendly with Peyton Manning, as the two participated have participated in multiple versions of “The Match.” They have never been paired together and each has a 1-1 record in those contests.

Mickelson and Manning are both expert hecklers and should poke fun at each other’s skills plenty. Eli might get in on the action as well, as he was featured on the pregame show of “The Match: Champions for Change,” so he will have plenty of thoughts on the golf game of his brother and Mickelson.

Mickelson is an NFL fan and grew up in San Diego, Calif. He is a Chargers fan at heart, but he should have plenty of thoughts on the Rams and 49ers as well.

It’s also worth noting that Josh Allen — who appeared on the last Manningcast — dressed as Mickelson for Halloween. The Mannings will surely ask Mickelson his thoughts about Allen’s impersonation of him.

Will Draymond Green be as unfiltered on air as Marshawn Lynch was? Fans of the Manningcast can only hope that his third quarter appearance will provide as many highlights as Lynch’s did.

Green has lived in the Bay Area since being drafted by the Warriors in 2012. He has won three NBA championships and has been an All-Star three times. That said, he is a big football fan and actually played two snaps at tight end during a Michigan State spring scrimmage. That was the extent of his college football career, but the 6-7 power forward certainly knows the game well.

Green is averaging 8.2 points, 8.1 rebounds and 7.1 assists per game for Golden State this season. The Warriors are an NBA-best 11-2, so perhaps he’ll give some tips to his fellow Bay Area 49ers about how to turn their 3-5 record around.

Rivers is joining “Monday Night Football with Peyton and Eli” in the fourth quarter of the game. Rivers played 17 NFL season and posted a 134-106 record in 240 career starts. He threw for 63,440 yards and 421 touchdowns during his career.

Rivers was one of the four quarterbacks selected in the first round of the 2004 NFL Draft. He was selected with the No. 4 overall pick but was traded to the Chargers, who owned the No. 1 pick. Why? Because Eli Manning, the top pick in the draft, didn’t want to play in San Diego.

Surely, Rivers and the younger Manning will discuss that draft class. Perhaps Eli will reveal more about his decision to eschew the Chargers and land with the Giants.

How to watch Peyton, Eli Manning on Monday Night Football

“Monday Night Football with Peyton and Eli” will be broadcast on ESPN2. It will also be simulcast on ESPN’s streaming service, ESPN+, which has several subscription options. You can view them all below.

Adam Gase Is Out Of Excuses 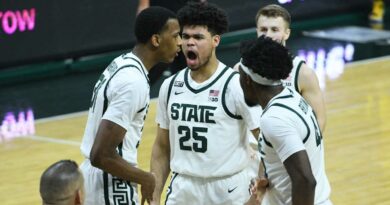