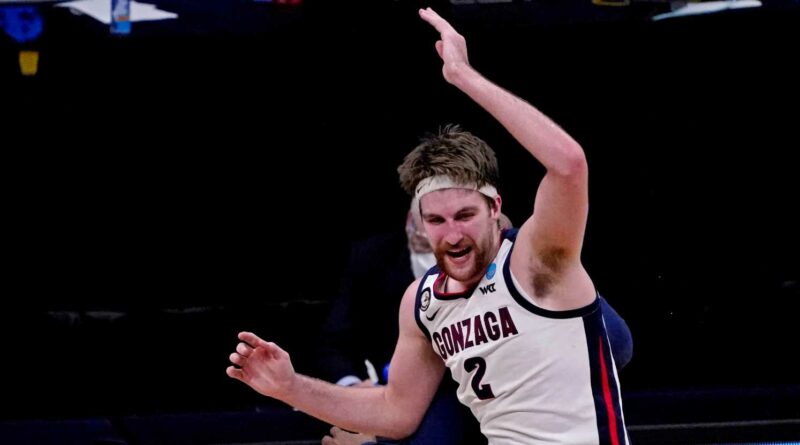 The participants in the 2021 men's national championship game will be determined Saturday when both games of the Final Four are played in Indianapolis.

In the first matchup of the day, No. 2 Houston will be facing off with No. 1 Baylor. The Cougars, led by coach Kelvin Sampson, have not been in the Final Four since the Phi Slama Jama squads of Clyde Drexler and Hakeem Olajuwon made three consecutive Final Fours from 1982-84. For the Bears the wait has been even longer; Baylor has not been here in 71 years.

Mick Cronin's UCLA is just the second team to go from the First Four to the Final Four, but the No. 11 seed has a tall task ahead against No. 1 Gonzaga. The Bulldogs are 30-0 and seeking to become the first men's team since 1976 Indiana to finish the season undefeated.

One thing's for sure: We should have a worthy national champion.

Here's everything you need to know about Saturday's men's NCAA Tournament Final Four games (all times Eastern and all betting odds via BetMGM as of 11:30 p.m. Friday night):

About Baylor: It took perhaps a year longer than it should have thanks to the COVID-19 pandemic, but Scott Drew has the Bears (26-2) in the Final Four for the first time in nearly three quarters of a century. Now that they’re here, the group ranked No. 1 in the preseason will try to end there as well. It might be a good sign that Baylor has won all its tourney games by at least nine points but could still play better. The Bears have a lot of guys who can drive and shoot, but their passing will have to be crisper if they hope to cut down the nets.

About Houston: The Cougars (28-3) are the least talked-about team in the final quartet, but that doesn’t mean they aren’t dangerous. They admittedly got a break in their region, facing no team seeded higher than 10th to reach this point. But they play tenacious defense, especially DeJon Jarreau, and they have a knack for hitting the big shot when needed. Their opponents going forward will have a lot more weapons, so locking everyone down will not be easy.

About Gonzaga: The Bulldogs (30-0), ranked No. 1 in the Ferris Mowers Coaches Poll for nearly the entire season, are two wins away from becoming the first undefeated national champions since the 1976 Indiana Hoosiers. They’ve seemingly answered all questions about how they might handle the big stage, scoring at will inside against Southern California despite the Trojans’ big frontcourt. Drew Timme’s huge games thus far in the tournament have nudged him ahead of marksman Corey Kispert for the team scoring lead, but that matters not at all to this team that shares the ball and seemingly never takes a bad shot. About the only thing we don’t know is how they might handle a close finish, but that might not even come into play until Monday if then.

About UCLA: The Bruins (22-9) are just the second team since the field expanded to 68 teams to go from First Four to Final Four. The grit and toughness displayed by Mick Cronin’s team during this run is unquestionable, especially considering they entered the tournament on a four-game losing streak. They’re going to have to be just about perfect, however, to stay with the Zags. Johnny Juzang has carried the load during this March run, but he’s going to need help from the Bruins’ other three-point shooters.