Matt Nagy’s head coaching career started with an AP NFL Coach of the Year award before plummeting to the abyss, as he was fired after four seasons with the Chicago Bears following a 6-11 campaign in 2021.

Instead of taking a year away from coaching, Nagy opted to return to Kansas City, where he’d worked under Andy Reid for five seasons before landing the Chicago gig. Nagy returned to the Chiefs as QB’s coach.

In his first public comments since being fired, Nagy told reporters he hopes his time leading a team can inform his new job.

“I want to use my experiences in Chicago to help me be better here for our team here in Kansas City,” Nagy said via the Chicago Sun-Times. “There’s a little bit of humility you have to have to do this.”

Nagy noted that it’s “refreshing” to work in the small quarterback room, led by Patrick Mahomes, after four years in charge of the entire team operation.

After a frustrating end to his head coaching run, during which his offenses couldn’t find any semblance of consistency and Nagy and his staff struggled to put players in positions to succeed, he is looking to grow now that he’s rejoined Reid’s staff.

“You have highs and lows and you learn,” Nagy said. “You have so many hats you put on at that time. You learn a lot. You rely on those experiences that you went through. They’re real-life experiences. I didn’t have that when I went into my interview with Chicago. But I had four years worth of real-life experience of a lot of different situations — offense, defense, special teams. How to deal with players. How to deal with media.

“What it does is it really allows you to grow, but it puts things into perspective. In life, for me, a lot of my failures that I’ve had, I’ve tried to use to best of my ability to make me better.” 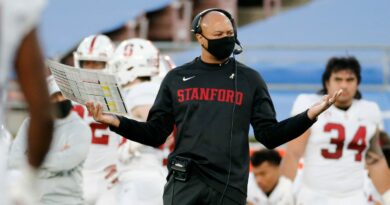