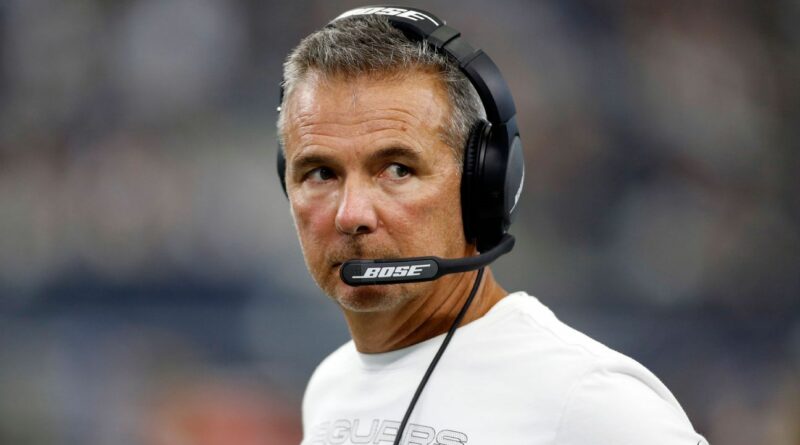 Meyer said Tuesday that it was considered because of the more stringent COVID-19 protocols imposed on unvaccinated players who test positive or are identified as high-risk close contacts as compared with the protocols for vaccinated players.

Rosters were cut to 53 players on Tuesday.

“Everyone was considered,” Meyer said. “That was part of the [considerations such as] production, let’s start talking about this, and also is he vaccinated or not? Can I say that that was a decision-maker? It was certainly in consideration.”

Meyer’s comments did not go over well with the NFL Players Association. George Atallah, the assistant executive director for external affairs for the NFLPA, told ESPN via email that Meyer’s statements “have led us to open an investigation.”

In May, Buffalo Bills general manager Brandon Beane drew the attention of the league when he said during an appearance on the team-sponsored One Bills Live radio show that he would cut an unvaccinated player to get the team closer to herd immunity “because it’d be an advantage” for a team to have a normal offseason experience. Sources told ESPN’s Dan Graziano that the NFL spoke with Beane about his comments at the time, and said teams are prohibited from cutting players solely due to their vaccination status.

Vaccinated players are tested weekly, and those who test positive are required to be out for 10 days or can return sooner once they receive two negative polymerase chain reaction (PCR) tests separated by 24 hours. Vaccinated players cannot be identified as high-risk close contacts, but if they are exposed to someone who tests positive, they must wear a mask inside the facility and must test daily for five days after the day of exposure.

Unvaccinated players are tested daily, and those who test positive must miss 10 days, and there is then a three-day return-to-play protocol. Unvaccinated players designated as high-risk close contacts must test immediately. If they test negative, they still must miss five days and can return on Day 6. If they test positive, they must go through the 10-day quarantine and three-day return-to-play protocol.

Meyer said at the beginning of training camp the team tried to educate players on the vaccine and encouraged them to get vaccinated but that each player was allowed to decide for himself. But Meyer also admitted the protocols for an unvaccinated player who tests positive or is ruled a high-risk close contact could significantly impact the team’s chances to win.

He cited defensive end Josh Allen’s situation as an example.

Allen, the team’s best pass-rusher, was placed on the reserve-COVID-19 list on Aug. 23 and wasn’t removed until Tuesday. Allen, who has declined to reveal his vaccination status but has worn a mask to interviews, missed the Jaguars’ final two preseason games.