Home » NFL » Mike Zimmer: Whatever happens with Vikings future, 'I can stand proud' 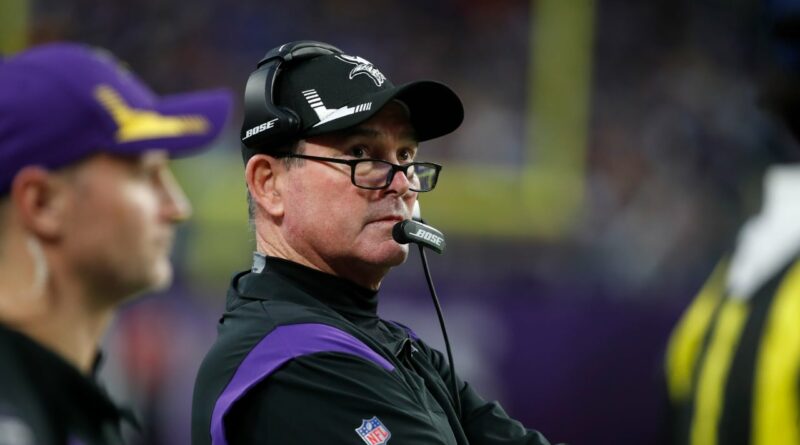 Mike Zimmer’s future in Minnesota remains unknown as the Vikings head into their season finale against the Chicago Bears on Sunday.

In an interview with team broadcaster Paul Allen, Zimmer said regardless of how it plays out, he’s proud of the job he and his staff have done over the past eight seasons in Minnesota.

“Regardless of anything that goes on after the season, I can stand proud,” Zimmer said, via the St. Paul Pioneer Press. “When I walk into a stadium like Lambeau (Field) or I walk into U.S. Bank Stadium and I say to myself, ‘A billion people would love to be sitting here right now and doing this job.”‘

Zimmer owns a 71-56-1 career record with the Vikings. Minnesota just clinched its first back-to-back nonplayoff season under the 65-year-old. A loss Sunday against Chicago would mark the first time in Zimmer’s tenure his club has suffered 10 defeats in a season.

Zimmer remains a top defensive mind and, while gruff, still churns out feisty teams. The question for the Vikings brass is whether it’s time for a new voice in the locker room after winning just one playoff game the past four years.

The coach noted that speculation about his job comes with working in the NFL.

“I do think it’s different that people can talk about your job and being let go and things like that and not understanding the effects of all your coaches, effects of all the players, effects of their families and they say it after you lose every week,” Zimmer said. “So they don’t go around saying they should fire that doctor or fire that landscape guy or anything like that. So it’s just part of the business, I guess.”

James Conner off injury report, will play vs. Browns

From the archives: Playing in the shadow of Death Valley