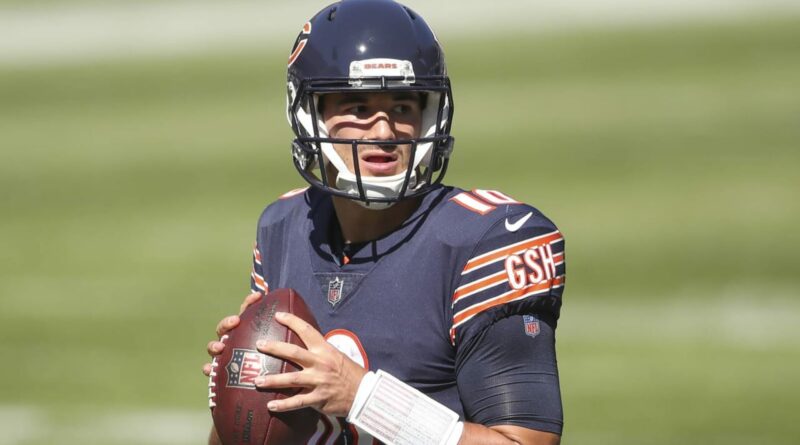 Mitchell Trubisky﻿’s future in Chicago may rely on how far he takes the Bears in the 2020 playoffs.

NFL Network Insider Ian Rapoport reported on NFL GameDay Morning that there is no certainty the Bears will bring back Trubisky in 2021, but if the quarterback wins Saturday vs. the New Orleans Saints and keeps winning, perhaps he can change their mind.

Trubisky’s future in Chicago was already in doubt after the team declined his fifth-year option and acquired Nick Foles via trade ahead of the 2020 season. Trubisky won his first two games once being named the starter, but was benched midway through a Week 3 game vs. the Atlanta Falcons. Yet, with Foles going 2-5 and prompting a six-game midseason skid before an injury in Week 12, perhaps the Bears wouldn’t be in the playoffs without Trubisky’s play down the stretch.

The fourth-year QB led an offense that finally found an offensive groove in December, scoring 30-plus points in all four contests in the month and going 3-1. Trubisky took advantage of an offense that found its running game by virtue of a healthy offensive line and the late-season breakout of second-year running back David Montgomery﻿. Trubisky excelled on play action with an offense playing downhill, and his newfound confidence earned him his job back, finishing 6-3 as the Bears starter this season.

The Bears clinched a first-ever seventh seed not by a win in Week 17, however, but by an Arizona loss.

Trubisky’s tenure has come with plenty of pressure since the Bears traded up to select him No. 2 overall in the 2017 draft. Constant reminders of who the Bears passed up in order to get him have added to that pressure, but perhaps the tumultuous events of this season have led to Trubisky playing loose with nothing else to lose. Up against the second-seeded Saints on Sunday, Trubisky still has a tough hill to climb should he want to remain Chicago’s QB going forward.

Trubisky has compiled a 29-21 record as a starter during his four seasons in Chicago and Saturday afternoon will mark his second playoff start (0-1). The 26-year-old has thrown for 10,609 yards on a 64 percent completion rate with 64 touchdowns to 37 interceptions so far in his NFL career.

Falcons president: Raheem Morris has 11 games to 'put his stamp' on Atlanta