A pair of 3-4 teams coming off a bye meet up in Dallas on “Monday Night Football” when the Cowboys and Titans clash at 8:15 p.m. ET. The Cowboys beat the trade deadline rush by shipping a first-round pick to the Raiders for wide receiver Amari Cooper on Oct. 22. He’s set to make his Dallas debut in the national spotlight Monday. The Cowboys are favored by 4.5 points in the latest Titans vs. Cowboys odds, up a half-point from the opening line. The over-under for total points is 40.5, one of the lowest of Week 9. Both teams have had time to retool following the week off, so expect some new wrinkles in this matchup. Before you lock in any Titans vs. Cowboys picks, be sure to check out what SportsLine expert Mike Tierney has to say.

Tierney is a veteran national sportswriter who has emerged as the top NFL expert for SportsLine. He enters Week 9 of the NFL season on a blistering 31-11 run on all his NFL picks, returning almost $2,000 to $100 bettors during that span. He also has a keen eye for when to back and when to fade Dallas, evidenced by his strong 17-8 run on all his picks involving the Cowboys.

The last time the Cowboys played at home, Tierney picked Dallas (+3.5) for a matchup against the Jaguars. The result: Dallas not only covered, but exploded for a 40-7 outright win that covered the spread with an unthinkable amount of room to spare.

Now he has zeroed in on Cowboys vs. Titans and locked in another strong play over at SportsLine.

Tierney has considered the ramifications of Cooper’s addition to the Cowboys’ offense. The Cowboys have struggled to consistently move the ball this year, with no receiver managing to record more than 40 catches or 350 total yards through seven games.

Cooper, who had two 1,000-yard campaigns in three full seasons in Oakland, adds a new dimension for quarterback Dak Prescott and the offense. His presence should relieve some stress for Ezekiel Elliott and the run game as well. Even a modest improvement to the offense could be a difference-maker for a Dallas team that boasts the No. 2 scoring defense in the league.

But just because the Cowboys made a big splash in recent weeks doesn’t mean they’ll cover the spread against Tennessee.

While the Titans enter “Monday Night Football” ranked 30th in the league in points scored, they’ve been a tough team to get separation from on the scoreboard. Outside of a 21-0 setback to the Ravens, the Titans’ other three losses to the Dolphins, Bills and Chargers have come by a combined eight points.

In their last outing against the Chargers in London, the Titans roared back to pull the game within a point before a failed two-point conversion ended their chances at an upset.

We can tell you Tierney is leaning toward the over, but his much stronger play is on the side. He has identified an alarming trend that makes one side of the spread a must-back. He’s sharing what it is, and who to back, only at SportsLine.

Who covers the Cowboys vs. Titans spread? And what alarming trend makes one side hit hard? Visit SportsLine now to see which side of Titans-Cowboys you need to jump on Monday, all from a renowned sportswriter who is 17-8 on Cowboys games. 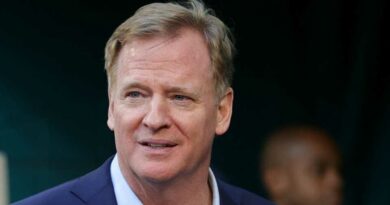