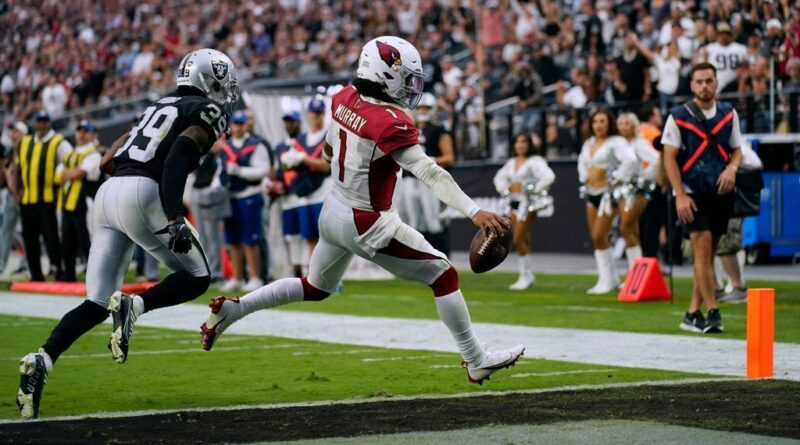 LAS VEGAS — After hardly playing in the first half, Arizona Cardinals linebacker Isaiah Simmons came up with the biggest play of the game in overtime to help Arizona to a 29-23 win over the Las Vegas Raiders.

Simmons knocked the ball out of the hands of Raiders wide receiver Hunter Renfrow before it was scooped by cornerback Byron Murphy, who returned the fumble 59 yards for the winning touchdown.

But a game full of drama wasn’t without some in the final seconds. Murphy’s touchdown was reviewed to see if he let the ball out of his hand before he crossed the finish line. After a lengthy review, the touchdown was upheld, giving Arizona its first win of the season.

The comeback started with the Cardinals down 20 at halftime and ended with them winning by six. It was how Arizona got to the extra period that showed how valuable Murray, who signed a mega five-year extension this offseason worth up to $230.5 million, is to the Cardinals. And it was a masterclass in Murray’s ability to keep plays alive and then make plays with his feet.

He pulled the Cardinals within 23-21 after scoring from the 3-yard-line as time expired.

With time expiring and the Cardinals down 8 points, Murray stepped up in the pocket as the Raiders’ pass rush closed in around him and then took off to the left and won a foot race to the far left corner of the end zone to make it 23-21. Murray then hit A.J. Green on the ensuing two-point conversion with no time on the clock in a play that also went through a lengthy review. It was also upheld, leading to the extra period.

The Cardinals pulled the play off after Murray had to use a delay-of-game penalty to get more time after Arizona couldn’t get lined up coming out of a timeout. There were issues with their substitution and then getting receivers where they were supposed to be. Murray took the penalty, which moved the Cardinals back to the 7-yard-line, and then he hit Green.

Murray, however, pulled off one of the most unique two-point conversions earlier in the fourth quarter to get Arizona in a position to tie. After Murray hit wide receiver Marquise Brown for a 24-yard pass down the left sideline to give Arizona the ball at the 1, running back Darrel Brown pushed it in for a touchdown, pulling Arizona to within 23-13.

On the ensuing two-point conversion, Murray ran 84.9 yards, according to NFL NextGen Stats, as he scrambled, backpedaled and moved around before running the ball into the end zone, cutting the Raiders’ lead to 23-15. 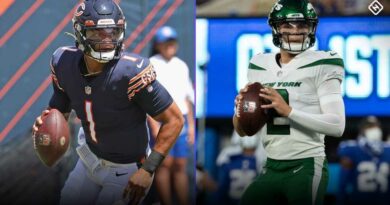