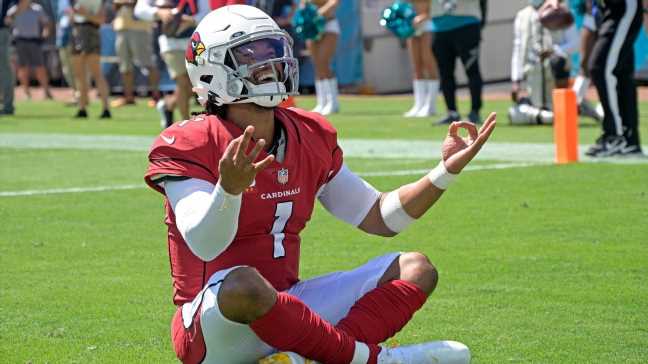 In thinking about possible NFL Most Valuable Player candidates, I realized how different the 2021 season looks from last year’s campaign. This is a season for parity. At this time a year ago, six teams had started 4-0. All six made the playoffs, unsurprisingly. This season, we have just one 4-0 team, and of all the candidates we would have thrown out as potential 4-0 starters before the season, it’s the Arizona Cardinals. The last time we saw just one team standing undefeated after Week 4 was 2017, when it was the Alex Smith-led Chiefs getting off to a hot start.

What happens in September (and the beginning of October) matters, but it can get lost in the shuffle of a full season. Go back to my quarter-season awards from 2020 and the top three was instructive. No. 3 was Josh Allen, who was coming off what looked like the hottest four-game run of his career. He kept that up and was a legitimate candidate by the end of the season. No. 2 was Aaron Rodgers, who eventually won the award. No. 1 was Russell Wilson. It was impossible to talk about him last fall without bringing up how he had never received an MVP vote before being the favorite for the first half of the season. After his second-half decline, Wilson failed to get a vote in the 2020 race, either.

Let’s sort through the candidates for the NFL’s MVP through four weeks. This isn’t who I think would win the award if it went to a vote this afternoon — or who is likely to win at the end of the season — but my thoughts on who should win the award if we were deciding it after four games.

Are there any non-quarterbacks who deserve consideration?