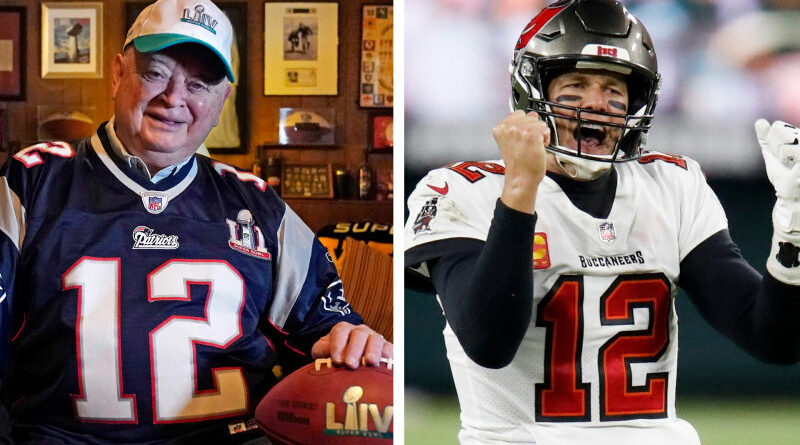 Portland, Maine: The Super Bowl is going to look different this year for three friends who have attended every instalment of the big game.

But Don Crisman, Tom Henschel and Gregory Eaton have tickets in hand and say they will be there, as they have every year since the first AFL-NFL World Championship Game in 1967. The trio, who range in age from 79 to 84, are among an ever-shrinking group of fans who have witnessed every Super Bowl in person. 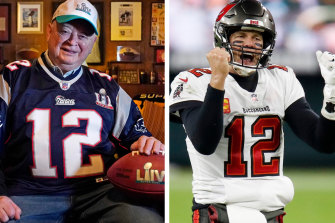 They normally use the event as a chance to catch up with each other, but this time they are working coronavirus-era precautions into the trip. They will settle for an outdoor lunch while seated several feet apart to meet up this year.

In the stands, they will be seated several rows apart.

“Of course I’m concerned. Who wouldn’t be? My doctor’s concerned. He said don’t go,” said Crisman, 84.

Crisman, who is flying from Boston to the game site of Tampa, Florida, hasn’t been on a plane since his return trip from last year’s Super Bowl. He’s bringing his daughter, a medical technician who has been working COVID-19 vaccination clinics, to the game this year. 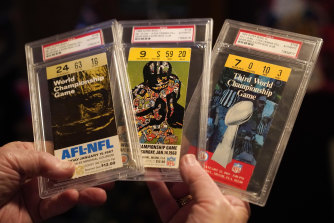 Crisman, one of three fans to have attended every Super Bowl, holds his tickets to the first three matches in the 1960s.Credit:AP

Crisman said he was ready to give up the streak, but Henschel’s commitment to keeping it alive convinced him to make it.

“I have to go. I can’t break my string. I have to be there,” said the 79-year-old Pennsylvanian, who winters in Tampa, making for an easy commute. “I’m slowing down, but I still love the game.”

Crisman and Henschel first met at the 1983 Super Bowl, when they learned they had both been to every game to that point. Eaton, a Michigan resident who also spends his winters in Florida, met them years later in the mid-2010s. A few other members of their exclusive club of fans who never missed a Super Bowl have died in recent years.

Eaton, who is black, said he has had to navigate challenges before to get to the game. He said he was turned away from a hotel because of his race when trying to find lodging for one of the first Super Bowls. 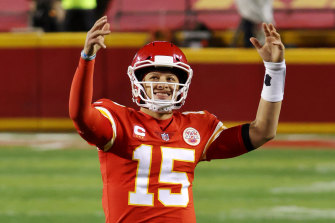 These days, one of his favorite aspects of the game is catching up with Henschel and Crisman.

“I look forward to it every year — and the relationships we’ve had these past five years are unbelievable,” said Eaton, 81. “We’re like a brotherhood.”

The defending champion Kansas City Chiefs face the Tampa Bay Buccaneers in the 2021 Super Bowl on February 7 (February 8 AEDT) at Raymond James Stadium in Tampa. Attendance has been capped at 22,000, which includes 7500 health care workers. The stadium will be about one third full.

Crisman is a New England Patriots fan who remains loyal to Tom Brady, the Buccaneers quarterback and former Patriot playing in his 10th Super Bowl.

Mostly, though, Crisman wants to keep his Super Bowl streak going and come back to Maine without contracting the virus. He said he has had one of the two doses of the coronavirus vaccine. Eaton said he has also had the first shot, while Henschel said he has not.

Crisman said he knows his streak has to end eventually, and he was initially prepared for this to be the year it did. But then he found himself game planning.

“Everything’s got to end eventually. I can’t explain it — it just happens,” he said.

Shaq pumped he didn’t tap out in fight