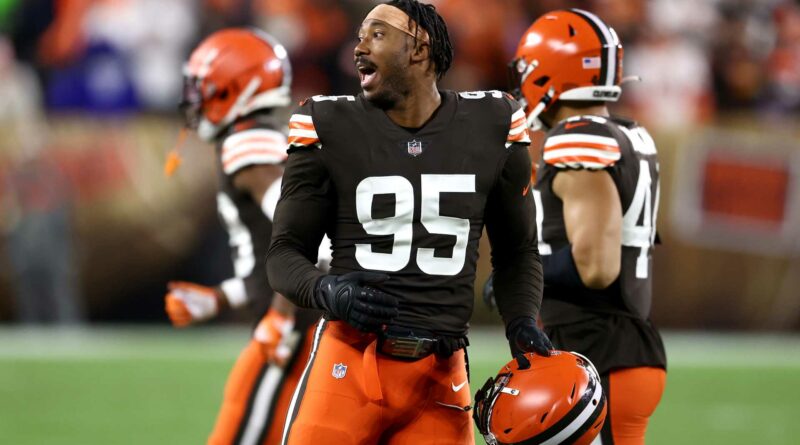 Myles Garrett is getting a little defensive over the Browns defense.

The Browns were crushed by Bill Belichick and the Patriots on Sunday, 45-17. It’s the latest turn in a wishy-washy season for Cleveland, that’s fallen very short of expectations so far. After a 3-1 start, they’re 2-4 in their last six as the defensive efforts have flip-flopped between pretty good and very, very bad.

Garrett, though, is cutting through the noise and delivering an off-the-field sack — on his coaching staff.

“We didn’t make adjustments,” Garrett said following the loss. “As in, they kept on scoring. And we weren’t countering that. We need to be better.”

The comments, seemingly aimed towards Browns defensive coaches and DC Joe Woods, were the most telling following the loss.

It’s not exactly the most glowing comments from Garrett, but he seems to have had some support from head coach Kevin Stefanski, who said that the team was “outcoached” and “outschemed” several times in his post-game press conference. It’s typical coach speak, but it was a recurring theme following the game.

The Browns, now sitting at 5-5, are last in the AFC North with seven games remaining. Defensively, the team has taken a step back this year, allowing just over 24.1 points per game, good for 19th in the league.

The Browns still have time to turn it around, and the comments from the star defensive end could serve as a spark — or pull out the latest Jenga piece in the tower.

The Chargers are officially interested in signing Colin Kaepernick