NASCAR driver Brad Keselowski knows how much money can be made off his own image in terms of T-shirt and other merchandise sales. Or rather, he knows, like the rest of the NASCAR community, how little can be made.

So when it comes to the debate over NCAA athletes making money from their names and likeness, Keselowski has some practical advice based on his own experiences: Forget about jerseys and other apparel and start selling your autograph.

"Autograph sessions, hands down," Keselowski recently told For The Win about what he thinks is the best way for the majority of college athletes to try to make money off their own name. 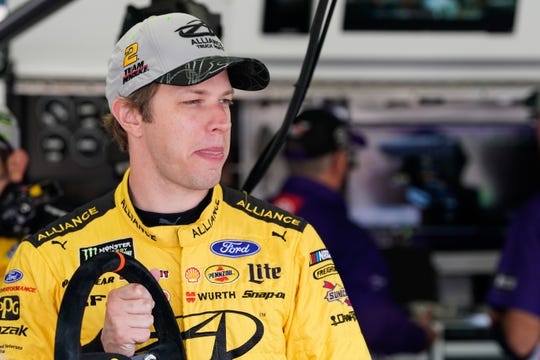 Those money-making opportunities would range from endorsement deals to merchandise to influencing on social media, all of which currently violate the NCAA's amateurism rules. But the bill in California – which doesn't take effect until 2023 and will be tangled up in a legal battle with the NCAA – could change all of that.

And similar bills in other states have been or are in the process of being proposed.

Keselowski — who's been in NASCAR since 2004, racing at the top level since 2008 and won the 2012 Cup Series championship — explained why he doesn't think merchandising is the way to go for college athletes looking to profit off their own likeness, should these bills ever take effect.

"There's very little money to be made in general in merchandising," said Keselowski, a Michigan Wolverines fan. He joked he knows "enough to be dangerous" when it comes to college sports but believes this is valuable advice based on his experiences in NASCAR.

"It sounds good, it feels good. You see guys wearing your jerseys, hats, shirts — the reality is it's not worth very much," he said. "Your percentage on the royalty is borderline in the decimal places, so that means unless you're selling millions on millions on millions, it's nowhere near enough to be impactful for you."

As  current NBC Sports and former USA TODAY reporter Nate Ryan explained in 2017 in a thorough breakdown of how this works in NASCAR, Fanatics has exclusive trackside merchandise rights, thanks to a 10-year deal that began in 2015, so it receives 75 percent of the revenue. After that, 15 percent goes to the track, nine percent to the teams — who then typically split that amount equally among the team, driver and sponsor — and one percent to NASCAR.

A former NASCAR Truck Series team owner who now is invested in a 3-D printing company, Keselowski called merchandising a "very tough business" and briefly explained on Twitter last month what the tax situation is like. He said drivers "have to file in every state individually that we compete or do business in. Sometimes the accounting bill isn't worth what little we make in the high tax state(s)."

Understandably, drivers don't love a setup where they generally receive, at most, three percent of revenue from items sold with their names on them.

"I was so frustrated with merchandise sales in NASCAR, because they're horrible, as in for the drivers — we just make no money off of them," Danica Patrick told The Charlotte Observer in 2017 ahead of the launch of her own clothing line. "I mean, I don't know who does, but it's not us."

Keselowski recommended that if future merchandise opportunities for college athletes are comparable to NASCAR, they sell their autograph. But he also clarified he's talking about the 99 percent of college athletes whose fame and endorsement potential is not in the same category as the NCAA superstars who transcend college sports.

"There's an A list and then there's everybody else, right? But the majority of college sports are not the A-list," he continued.

"I think if you look at college sports, clearly there's a lot of people on the teams that aren't Zion Williamsons that also generate the interest that develops the crowd and the TV packages, et cetera."

"I definitely think if I was a college athlete, I should have the right to sell my own autograph," Keselowksi said.

Keselowski's final piece of advice, should all this take effect one day: "Get a really strong accountant." 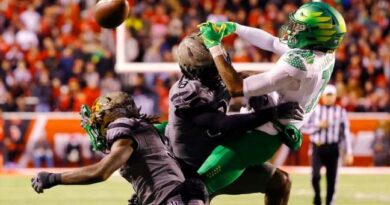 How Oregon’s loss shakes up the College Football Playoff picture