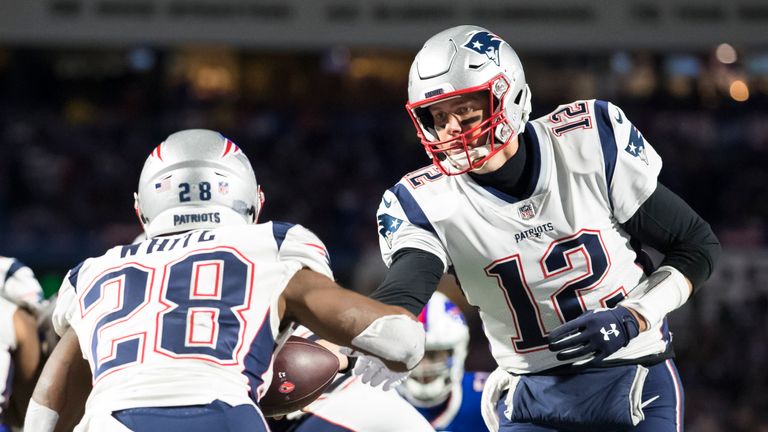 Devin McCourty returned an interception 84 yards for a touchdown to clinch a 25-6 victory for the New England Patriots over the Buffalo Bills after both offenses struggled in their Monday Night Football meeting.

James White had scored on a one-yard run earlier in the fourth quarter, but the Patriots (6-2) relied more on Stephen Gostkowski’s leg than on Tom Brady’s arm to earn their fifth straight win. Gostkowski hit four of five field-goal attempts as neither team managed to find the endzone in the opening three quarters.

Brady finished 29 of 45 for 324 yards, but was held without a touchdown pass for the first time this season. However, his career-long dominance over the Bills continues, with the QB improving to 29-3 against them, extending the NFL record for most wins by a quarterback against one opponent.

Two plays before the game-clinching interception, Bills tight end Jason Croom’s diving one-handed touchdown catch was overturned following a video review. Replays clearly showed Croom never had possession in attempting to make the 25-yard catch, which would have made it a one-score game.

Buffalo (2-6) have now lost three straight games, with their offense – which has managed only 87 points – continuing to be a problem, as they were held to under seven points for the fourth time this season.

Back-up quarterback Derek Anderson was escorted off the field with little more than a minute left when he was sacked by Kyle Van Noy. Anderson finished 22 of 39 for 290 yards and an interception.

Todd Gurley (quad) out for Rams against Niners