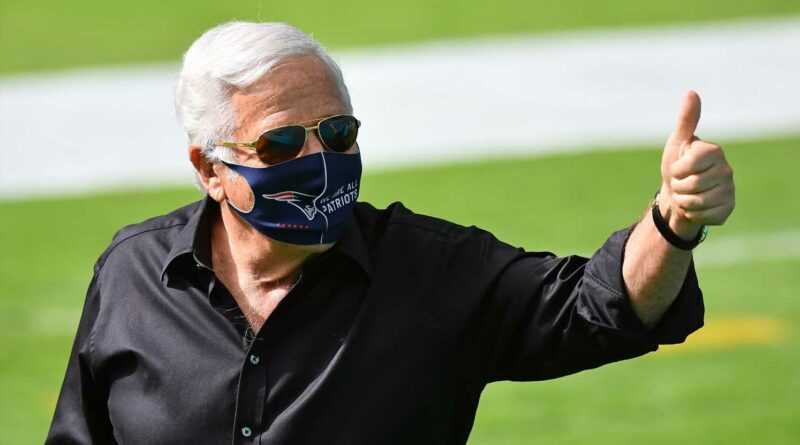 The car was a gift from Kraft's celebrity friends that included Jay-Z and Philadelphia 76ers co-owner Michael Rubin, the chairman of Fanatics. Rapper Meek Mill posted a video over Instagram of Kraft looking stunned when he takes in his expensive gift.

In the Instagram video, Kraft has his hands over his head and can be heard saying, "Oh my God!" Kraft, a billionaire, had been hoping to buy a Bentley but was unable to find the exact car he was looking for. That prompted the surprise.

Patriots owner Robert Kraft gestures to the fans in attendance prior to the game against the Dolphins at Hard Rock Stadium. (Photo: Jasen Vinlove, USA TODAY Sports)

"How did you get it?" Kraft asked Rubin. Kraft was informed that the car had been delivered on a flatbed from Florida.

Kraft has worked with Rubin, Mill and Jay-Z on the creation of Reform Alliance, an organization that aims to transform probation and parole since its launch in 2019. Kraft notably visited Mill when he was in prison in 2018 and advocated for the rapper while advocating against unfair prison sentences. After the Patriots won Super Bowl LIII over the Los Angeles Rams, Kraft wore a thick gold chain at the victory parade – a gift to him from Mill.