The Bears, coming off a devastating loss to the Dolphins, are 3-2 and fighting for the NFC North throne. Despite the loss, the Bears can feel confident that their offense is making the leap. Over his past two games, Mitchell Trubisky has thrown for 670 yards, nine touchdowns, and only one pick. The Patriots, coming off a huge win over the Chiefs, are 4-2 and fighting for the top seed in the conference. After a 1-2 start to the season, the Patriots are beginning to look like the Patriots again.

Notably, the Patriots will have to take on the league’s best defense by DVOA without their best playmaker, tight end Rob Gronkowski, who has been ruled out with a back injury. Also notable: Bears MVP pass rusher Khalil Mack is fighting through an ankle injury, which might limit him.

How to watch, stream

We’ll be live blogging the game below. After the game, this post will turn into a takeaways style recap. 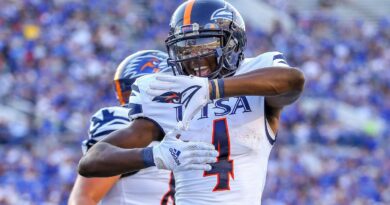 Ohio State will feel sting of No. 2 preseason ranking for a lifetime