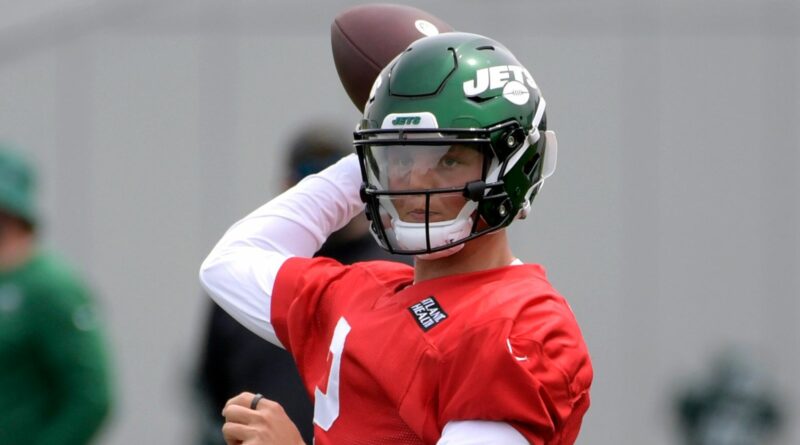 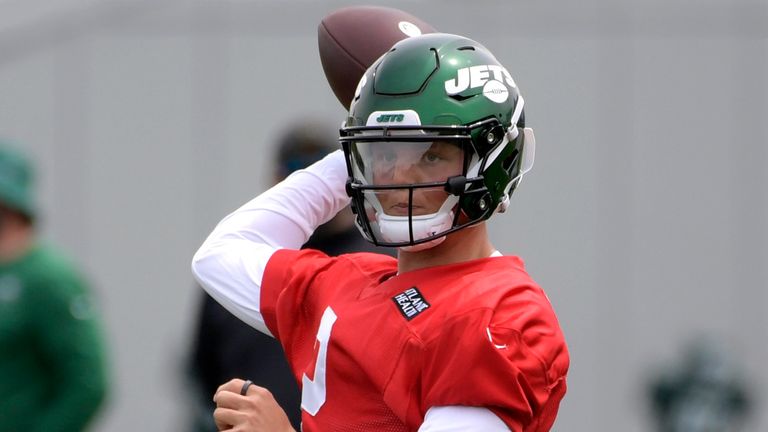 Zach Wilson has spent his first month in the NFL soaking up as much of the New York Jets’ playbook as he can and bonding with his new teammates.

The rookie quarterback’s toughest opponent since being drafted No. 2 overall out of BYU so far? The mean streets of New Jersey.

“There’s definitely some aggressive drivers here, that’s for sure,” Wilson said Thursday with a laugh. “I’m getting used to that getting cut off everywhere you go.”

No one ever said the path to NFL stardom is smooth and easy. But Wilson is feeling pretty comfortable on the field as he transitions from college to the face of the Jets franchise, using every snap to better learn the offense.

“I feel like I’m doing well,” he said. “It’s definitely going to be a challenge. I’m excited for it, but it’s really just taking it one day at a time.” During his short time with the Jets, Wilson has impressed his coaches and teammates with his insatiable desire to improve.

“He’s relentless, in terms of his want for knowledge and in terms of studying,” coach Robert Saleh said. “He’s got a lot of horsepower in his mind. And he’s not afraid to use all of it.”

The Jets held their third session of organised team activities on Thursday, and it was the first open to reporters. Wilson looked anything but a wide-eyed rookie, zipping crisp passes around the field with the type of accuracy and touch that made him so coveted by New York that it chose to move on from Sam Darnold and start fresh with a young signal caller.

“He looks good,” Saleh said. “His arm’s live. “There’s going to be ebbs and flows with him, but we’re really excited about what he’s shown so far.”

Linebacker C.J. Mosley added: He’s composed. That’s what you want from your quarterback.”

Offensive coordinator Mike LaFleur highlighted Wilson’s physical attributes while talking about what attracted the Jets to the quarterback. The throws from multiple arm angles, the plays on the run and how his skillset fits so well into their Shanahan-style system.

But Wilson’s mental approach has also been unmistakable. “He’s a junkie. I mean, he just wants film to the face,” said LaFleur, whose brother, Matt, is Green Bay’s head coach. “I’ll talk to my brother and he’s like, ‘You better not burn this guy out. You’re taking a lot of film with him.’

“And it’s like, ‘He’s the one that wants to watch this film, you know?’ So it’s unique and it’s cool for us to watch him be able to sit there and stay focused and process all the information were trying to give him.”

LaFleur said he has a system and order in place that Wilson is following at this early stage in his development in the pros, being careful to not rush his progress. But Wilson keeps wanting more.

“When he first got here, he wanted to ask questions that were probably two questions away,” LaFleur said. “And I said, ‘Well, let’s get that formation down. And he was like, Oh, no, I can do that on my own. I’ve got that stuff down’.”

“And he would, any quarterback would. But he wanted to do that on his own. He wanted to learn the stuff that there’s no way he could learn on his own, so he wanted to hear it from us so he can process all that.”

Thought this was kind of a cool comparison, Zach Wilson talking about how learning the playbook is similar to eating cereal while watching TV ⬇️⬇️ pic.twitter.com/2s5xCwM2ju

Wilson has a checklist of things he wants to accomplish this spring through OTAs and into minicamp next month, leading into training camp in July. And he borrowed a tasty analogy he heard from Saleh to describe the process.

“You’re not really sitting there thinking about eating, lifting the spoon up to your mouth and chewing. It just naturally happens.

“So for me, it’s working on understanding the formations so it’s super quick, understanding the alignments, where the receivers should be. And then you start to start to pick up certain things against certain coverages and how guys run certain routes. And, like I said, its going to be a process.” 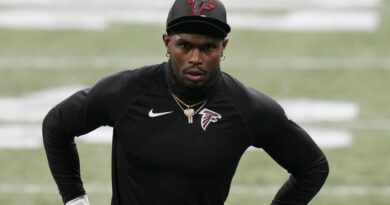