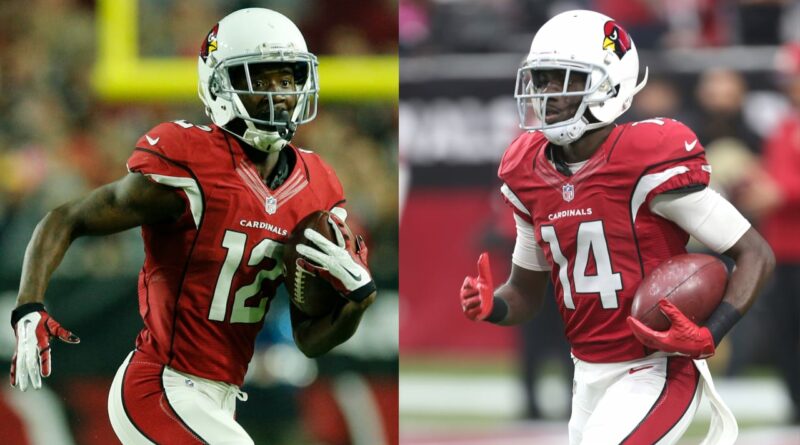 When he was in Cleveland early last decade, Arians featured dual-threat receiver-returner Dennis Northcutt, who once bested an ostrich in a footrace.

At his next stop in Pittsburgh, Arians developed Mike Wallace and Antonio Brown into dangerous deep threats.

“I live life and call plays the same way: no risk it, no biscuit,” Arians says on the upcoming NFL Network special Bruce Arians: A Football Life. “If you don’t try great shots, you won’t hit one.”

With Brown limited by a hamstring injury and Michael Floyd sidelined, Arians turned to 5-foot-10, 160-pound rookie J.J. Nelson as his deep threat in a riveting prime-time showdown with the AFC North-leading Bengals.

The fifth-round wideout came through with 142 yards on four receptions, highlighted by a 64-yard bomb on which he reached 21.78 mph — the highest speed of any Week 11 ball carrier, per Next Gen Stats.

It marked the third week this season that a Cardinals skill-position player clocked the fastest time in the league.

Brown’s 22.60 mph on a Week 4 end-around is tied for the highest maximum speed for a ball carrier all season. Rookie tailback David Johnson reached 22.05 mph on a game-clinching screen pass, the fastest any ball carrier moved in Week 1.

“I like speed,” Arians explained, via The Arizona Republic, after Sunday’s game. “I like speed that comes in any kind of package. It is nice when it is 6-foot-4 and 220 pounds. If it’s a buck fifty-eight and it’s still fast, you don’t have to be big to catch it over your shoulder. I have always liked fast little guys that are quick and can take the top off of the coverage. Those little guys are exciting.”

Here’s what else we learned from Next Gen Stats in Week 11:

Revis lined up 1.74 yards from Hopkins at the line of scrimmage with the Jets in a nine-man box to stop the run. Revis began the post route within 0.48 yards of Hopkins, only to see that margin grow to 3.30 on Hopkins’ slight pushoff to gain a separation window for quarterback T.J. Yates. Revis closed to within 1.15 yards at the catch point, but it was too late. Hopkins reached a max speed of 19.68 just after the catch, good for the third-fastest speed on a touchdown in Week 11.

Coach Ron Rivera suggested Monday afternoon that Funchess has become a mainstay in the lineup, lauding him as “Kelvin-esque” in reference to last year’s breakout receiver Kelvin Benjamin.

2019 NFL Draft: Quick-snap grades for every team through Day 2