Home » NFL » Next Woman Up: Hannah Gordon, chief administrative officer and general counsel of the 49ers 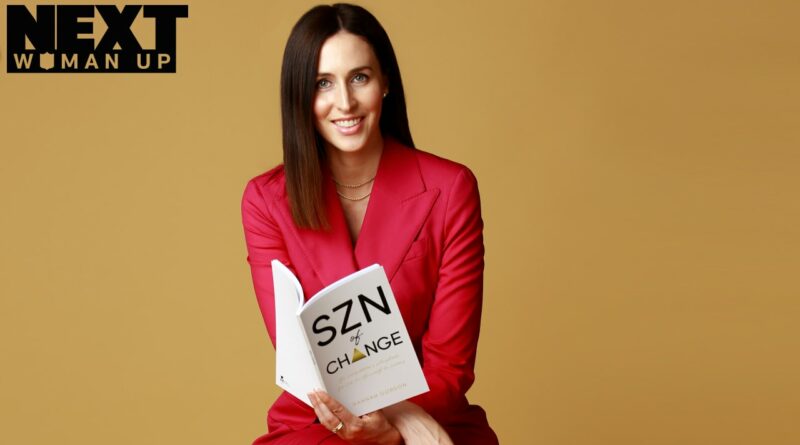 Women are rising up the ranks throughout professional football, earning positions of power in a space that for too long was ruled almost exclusively by men. We’re seeing more and more women breaking barriers in the sport, but what are the stories beyond the headlines? Who are the women shaping and influencing the NFL today? Answering those questions is the aim of the Next Woman Up series. While the conversational Q&As are edited and condensed for clarity, this is a forum for impactful women to share experiences in their own words. Without further ado, we introduce:

How did you get your start in a career in football?

I first fell in love with football in high school and college. I started covering football for The Daily Bruin at UCLA. Once I started doing that, I knew I was where I wanted to be in my career: covering football. I was able to leverage my clips to get a PR internship with the Oakland Raiders in 2002. Back then, the PR department and digital media was one thing, so it was the PR interns who wrote most of the website content. They hired me because I could do that.

And what was it specifically that drew you in?

Honestly, being at practice every day, I just fell in love with the game. I had never been to a football game in person until I covered (a UCLA game) at the University of Kansas. I had only watched it on television. But I loved keeping my own play sheet, and literally everything about the game made me want to just keep learning more. Then watching the organizational dynamics and human dynamics of what makes a winning team was so interesting to me that I never wanted to leave the sport.

Looking at your job title, it’s big and broad, and I can only guess what it all entails. Can you explain what your roles are within the organization?

The way I explain it is I protect big, strong people when they can’t protect themselves. A lot of it is how we show up in the community. Then, on the legal side, there’s no aspect of the business that the legal role doesn’t touch. That’s one of the things I really love about the job is that it’s so varied and you get to deal with every aspect of the business, from the football team to the stadium to how you’re marketing — and I really love supporting everybody in that.

What are some of the most challenging parts of your position?

I think the hardest part is how you have to always be pushing in a sense that the NFL is a leading sport in our country. If you’re already at the top, you have to always be challenging yourself about the future and look how we can “future proof” our sport. On the one hand, we have to innovate the way a Silicon Valley start-up does. At the same time, it’s very different because a start-up is looking to exit in 3-to-5 years through a sale or in other ways. An NFL team is an asset a family usually holds for generations, so you really have to think in the long-term while having that immediate pressure to perform now.

For example, we look at the changing fan base of our sport and ask, How do we reach different segments of fans? We completely rebranded our women’s club, WON (Women of the Niners), a couple of years ago. We also launched an LBGTQ+ fan and ally fan engagement platform called 49ers Pride, and we were the first professional sports team to do that. You know, this is where we’re looking at the future because the future is very different in terms of how fans were marketed to 20 years ago. There’s been incredible growth in both of those clubs over the last couple years. 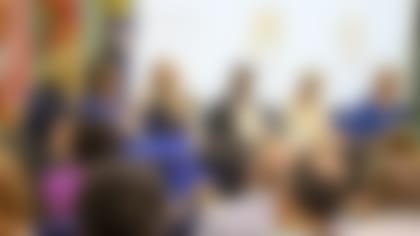 What changes have you seen when it comes to female hires in the NFL since your journey started?

Within the last 20 years, I would say the most striking change has been in the last five years. There’s been a focus on the entry-level positions in scouting and coaching, as well as assistant athletic trainers. I think that’s a really exciting change because, to be honest, when I was in college, it didn’t even occur to me that I could be interested in those types of roles, because you didn’t see it anywhere. I think the areas where we haven’t seen significant change are at the very top of all organizations on the business side and in other departments.

Right. There have been some firsts recently throughout the league, but what’s it going to take to get women into the highest roles?

That’s a great question: How do we break that glass ceiling? I think one of the exiting things that we see are a lot of very involved female owners on NFL teams, and I think that could be one of the keys. Often what you see at the top of the organization reflects the leadership and diversity throughout. When you see people who are committed to having a lot of different viewpoints — whether that’s geographical, professional, ideological and so on — you’re going to see better outcomes.

But you’ve asked the million-dollar question, right? This is something we haven’t fixed in 20-plus years.

What is your process in learning new roles — and doing them well, in order to be ready to move onto the next goal?

Any time you take on a new role, you’re in a learning experience. Maybe you need to learn new work or people or aspect of the business. Being humble and understanding what you don’t know is really important. Then being hungry to learn. Taking in as much information as possible and talking to as many people as possible. But also, for example, if you are running new departments, which happened to me several years ago, understanding that these are the subject-matter experts already, so it’s important to learn from them and be open to learning from them.

Do you have any mentors who have helped you rise to this stage in your career?

We should be finding mentors at every stage of our careers. There’s a little bit of a misconception that a mentor is like a life partner, like you’re only going to find one and that’s the person who’s going to mentor you forever. In fact, you should have different mentors. Mentors who are similar to you, mentors who are different, supervisors, coworkers, etc.

I said, “To become part of the general counsel of the 49ers.”

He kind of shook his head no and said, “Aim higher.” Basically saying, “You’re already going to become that.”

That was so important because I actually did have greater aspirations but was afraid to speak them out loud because I was afraid to be seen as overly ambitious. That really was an important mentoring moment in understanding that it is OK to speak to what it is that you really want to become.

I would love to run an organization, to be the president or CEO of a company. That’s the next step: Getting the opportunity to interview for one of those positions and demonstrating to an owner that I understand their goals for their franchise and how I can deliver for them from a business perspective, and that I understand that this is an asset they look to hold for a long time and something they look to be profitable and to be winning. 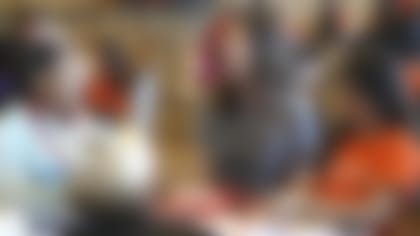 When the tables are turned and you’re mentoring others, what is the advice you give?

One of the great things I learned about forming great mentoring relationships came from a program we did internally: Avoid the temptation of telling somebody, “This is how I did it. This is how you should do it.” It’s really about how you can be a sounding board, so they can ask questions and figure out the answers themselves. I’m very lucky to be a mentor to a lot of women in the league through formal and informal programs, and one thing I’d say to anybody who’s trying to get into this business: Your work product and the way you treat people will become your reputation immediately. Those are the things you should be working really hard at because this is a very competitive industry.

Every armchair quarterback in America thinks they would like to work in football, so if you really want to do this, you need to differentiate yourself. You do that through the quality of your work, your work ethic and the way you treat people.

That’s great advice. Now let’s turn to your book, SZN of CHANGE: The Competitor’s Playbook for Joy on the Path to Victory. What was the inspiration behind writing it?

I was doing a lot of keynotes, and I am a very practical person and like to interact with people. I was always giving people exercises and I realized I had more exercises than I could fit in an hour. When people were asking me things like, “How do I become an executive in football?” or whatever it was, I would say, “I can’t give you a solution that you can do in five minutes, but if you’re willing to take 10 minutes a day for eight weeks, that could really influence and change your habits into tools you can use for life.”

Cowboys coach Mike McCarthy aiming for Super Bowl: ‘Make no bones about it’

Tom Brady, Wayne Gretzky and seven of the craziest facts in sports history