NFL DFS players have plenty of tough decisions to make this week on sites like DraftKings and FanDuel. Four of the eight most expensive players on FanDuel — DeAndre Hopkins (foot), Melvin Gordon (hamstring), Cam Newton (shoulder) and Michael Thomas (shoulder) — all are dealing with injuries. Throw in coaching changes like Cleveland’s switch from Hue Jackson to defensive-minded Gregg Williams, as well as trades like Demaryius Thomas going from Denver to Houston, and there are a lot of storylines to consider. With millions on the line in Week 9 NFL DFS tournaments and cash games, be sure to check out the top NFL DFS picks from Mike McClure. He’s a professional DFS player who has won almost $2M in his career.

McClure uses a powerful prediction model that simulates every snap of every game 10,000 times, taking factors like matchups, statistical trends and injuries into account. This allows him to find the best values and create optimal NFL DFS lineups that he shares only over at SportsLine. They’re a must-see for any NFL DFS player.

McClure is rolling through the 2018 season thanks to some spot-on picks. In Week 1, his optimal NFL DFS lineups finished in the top three percent of tournaments on DraftKings and the top one percent of tournaments on FanDuel. In Week 4, he finished in the top two percent on DraftKings and top six percent on FanDuel. In Week 5, his lineups cashed with ease on both sites. And on Sunday, his followers saw massive returns, with his optimal DraftKings tournament lineup finishing in the top one percent. Anyone who has followed him is way up.

For Week 9, we can tell you McClure is banking on Panthers quarterback Cam Newton at $8,600 on FanDuel and $6,800 on DraftKings.

Newton gets a juicy matchup against the Buccaneers, who are giving up the most Fantasy points to quarterbacks this season. And Newton rolls into the game after several impressive DFS performances. in fact, he has scored at least 24 points and returned at least 4x value on DraftKings the past three weeks.

Newton has accounted for at least two touchdowns in his past six games and has been a true dual-threat with over 200 yards of passing and at least seven carries in his last four outings. Lock him in for Week 9 NFL DFS lineups and look for a sky-high return.

Cooks has hit his lowest price of the season on FanDuel because he hasn’t caught more than four passes in a game since Week 4. But that creates value this week in a projected shootout against the Saints.

Cooks was targeted eight times last week against Green Bay, so he’s still a big part of the game plan for Los Angeles. And you can expect that type of workload to pay off this week in a game with an Over-Under of 59.5 points, the highest of any matchup on the Week 9 NFL schedule.

The Saints are ranked 30th in passing defense and have given up huge performances to Stefon Diggs (10-119-1) and John Brown (7-134-1) in their last two games. Lock in Cooks at his discounted price and look for a sky-high return on value in Week 9

McClure is also targeting a player who could go off for massive numbers this week because of a dream matchup. This pick could be the difference between winning your tournaments and cash games or going home with nothing.

So who is DFS pro Mike McClure putting in his optimal NFL DFS lineup in Week 9? Visit SportsLine now to see the full optimal tournament lineups for Week 9 from a professional DFS player who has almost $2 million in career winnings, and find out.

Darnold: Jets can be ‘unstoppable’ with Herndon 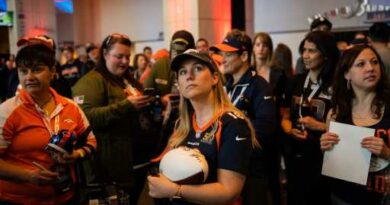