Week 5 is upon us, and we are somehow, some way almost a quarter of the way through the 2021 season. Betting the lines, spreads, and over/unders has been a turbulent ride, but we have had smooth sailing over on the DFS side of things, where there are always sleepers and value picks to target in DraftKings and FanDuel contests.

If you’re a daily fantasy football junkie or just like to find an edge or angle with all your football-related bets, this column will be up your alley all season. Each week, I scour the player pools on DraftKings and FanDuel and compile a list of sleepers and/or value picks to help you win some cash. The more value players you add, the more money you will have left for proven weekly studs at other roster spots.

If you read this column ahead of Week 4, you would have benefited from our advice to plug a plethora of low-cost, high-value players into your DFS lineups. Here’s a short list of some of our hits from last week, including each player’s DraftKings cost and final PPR output:

If you drafted any of these cost-efficient selections last week, you would have benefited from good, cheap production and afforded yourself an extra stud or two elsewhere. Getting the most bang for your buck has always been the name of the game in DFS, so it’s important to do your due diligence before constructing lineups. Leave the deep-diving to us — we’re here for you from the first kickoff through the last play of the 2021 NFL season.

All player values are from DraftKings and FanDuel. All stats are from NFL.com and Pro Football Reference.

Jones registered 400 yards and two passing touchdowns Sunday against a pretty good New Orleans defense, leading the Giants to the upset win. The Duke product has a respectable QB rating of 98.3, and he’s averaging 24.8 fantasy points per game. Despite hamstring injuries holding out his WR1 and WR3 (Sterling Shepard and Darius Slayton), Jones helped four different Giants reach 74 receiving yards. His running ability also keeps his floor high, as he average 47 rushing yards per game and has two rushing touchdowns on the young season. The Cowboys defense has grown by leaps and bounds since its horrible 2020 campaign, but I still like the potential of Jones flirting with 30 points for the third time this season. With a projected point total over 50, the underdog Giants (+7.5) have an implied touchdown total of three. Saquon Barkley screen passes and dump-offs for scores count just the same as a Jones designed sneak at the goal line.

A Jimmy G injury was bound to occur — that kind of thing is as common as seasonal allergies — so it was only a matter of time before we entered Trey season. The No. 3 overall pick, Lance won’t always look pretty on game film, but his floor will pretty much always be low 20s against mid-to-low tier defenses. His legs give him Kyler Murray-like upside, even if his passing still needs work. This game could be a shootout, so if Lance starts, I’d be happy to start him for under $6,000.

This is a good example of why you should always know your format. On DraftKings, Washington Football Team yields the 12th-most fantasy points to QBs. On FanDuel, WFT surrenders the most fantasy points in the NFL to QBs. You might not want Winston on DraftKings, but you should be more than intrigued on FanDuel. Washington went from the fifth-best scoring defense in 2020 to the fourth-worst scoring defense this season. At first glance, you’d think this would be a defensive battle, but it’s more than likely going to be a Winston-vs.-Taylor Heinicke shootout. How exciting!

Other Other Notable QB Bargain:

Heinicke has been low-key awesome in the past couple weeks, making WFT Nation forget entirely about their long-lost FitzMagic. The Saints aren’t as easy of a mark as the Falcons, but they aren’t great against the pass and game script should call for a lot of offense on both sides.

I’m bullish on Hubbard even though he has just 20 PPR points since stepping in for the injured Christian McCaffrey. If the rookie gets just one of Sam Darnold’s two rushing touchdowns last week, we would be viewing his game log in a completely different light. Hubbard has averaged 4.5 yards per carry over the past two games, and he’s caught seven of his 10 targets on the young season for 45 yards. We all know the upside offered to fill-in backs in this Panthers system (see Davis, Mike). I think $6,000 is a bargain-bin discount for a guy with this talent and opportunity against a mediocre Eagles D. Darnold is not Cam Newton, and he will not continue to live in the end zone.

Edmonds has the distinct advantage of being a dual-purpose back in the best offense in the NFC. His vision, burst, elusiveness, and good hands make him a perfect running back complement to the explosive Kyler Murray. Edmonds is due for a touchdown, and I bet it happens this week in some capacity against the Niners. San Francisco has actually been below average when it comes to fantasy points allowed to running backs, so I expect the Cards’ back to carry some momentum from his big day against the Rams (12-120 on the ground, four catches for 19 yards through the air). The touchdowns will come.

The Patriots own the Texans historically (10-3 head-to-head record), and Pats coach Bill Belichick will want to reestablish the run after getting stonewalled by the Buccaneers at home last week. Harris has no competition for carries at this point, and he’s even being used in passing routes (finally!). I’m big on Damien, and not just because my wife and I are planning on naming our son Damian (OK, slight spelling difference, but still!). Fire up New England’s RB1 for a bounce-back game.

One Other Notable RB Bargain:

Williams steps into Chicago’s starting running back role with David Montgomery (knee) hurt, and the Raiders can’t stop the run to save their lives. Plus, his name’s Damien! Easy choice, here.

Kenny G seems to finally be finding his groove in New York, hauling in six-of-seven targets for 116 yards in the Giants’ overtime win over New Orleans last weekend. Now, he gets a date with the division-rival Cowboys, who rank 29th in PPR points allowed to wide receivers (30th in half-PPR). In what should be a high-scoring affair, the target share should continue to be healthy, with or without Sterling Shepard (hamstring) and Darius Slayton (hamstring) active.

Jones had a down week in the Jags’ tough-luck loss to Cincy last Thursday, posting just 5.4 PPR points. In the three weeks before that, he finished with fantasy point totals of 12.2, 17.5, and 18.7 respectively. The Titans rank dead last in fantasy points surrendered to wideouts, so I like Jones to bounce back in a major way this weekend. The Trevor Lawrence breakout is coming, it’s only a matter of time.

Renfrow has been remarkably consistent for Derek Carr and the Raiders this season, helping them to a 3-1 record atop the AFC West. You can basically pencil in the always-reliable slot man for double-digits week in and week out. His ceiling gets higher as time goes by, shown by his 35.2 PPR points over the past two weeks. Chicago ranks 28th in fantasy PPR formats against wide receivers, so Renfrow at $4,900 seems like a steal.

Schultz has clearly been the preferred tight end target of Dak Prescott, posting back-to-back strong performances against Philly and Carolina. Across those two games, he logged 12 catches for 138 yards and three scores. Schultz has received at least seven targets in three of the Cowboys’ four games this season, and the Giants rank 25th against tight ends in PPR (and 29th against TEs in half-point PPR).

Gesicki had a slow start to the season, but he’s picking up steam as of late. With Miami’s receiving corps a little banged up, the big tight end has developed some chemistry with veteran fill-in QB Jacoby Brissett. Gesicki hauled in six-of-seven targets for 57 yards and a score last week, and he caught 10-of-12 targets for 86 yards a week prior. He’s as solid as tight ends come at these prices.

The Patriots nearly pulled off the home upset in Tom Brady’s homecoming to Foxboro, and now they travel to Houston to play a Texans squad they have owned throughout the years. If Tom Brady struggles against a defense, Davis Mills should have a really bad day against them. Don’t overthink this one — the Texans are the fifth-most generous team to fantasy defenses. 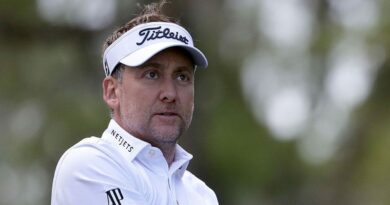 We all need to laugh at ourselves more