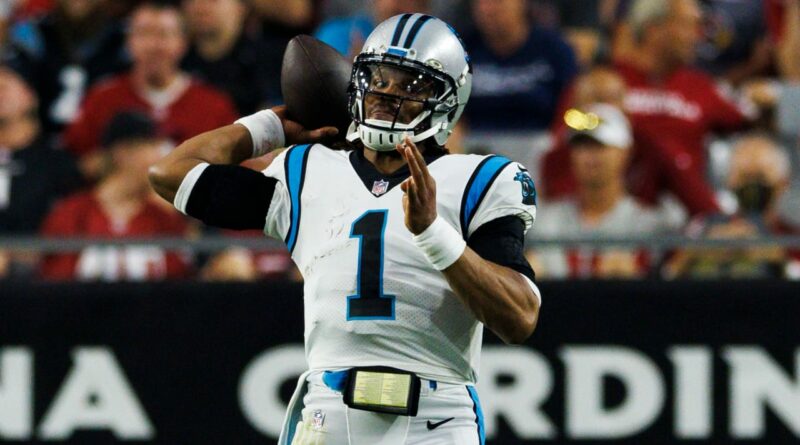 One week doesn’t seem like a lot. Until it does.

Last week at this time, I had the realization that we were into the double-digit weeks of the season. That always feels like a milestone. The human brain is conditioned to think in round numbers. Which is why I secretly pine for the metric system to take over in America. But I digress.

This year, the milestone came and was accompanied by the thought … “but we still have eight more weeks to go.” The Biggest NFL Season Ever took on a new meaning. Sure, it’s only one more week. The again, it’s: One. More. Week. That makes a difference in a season where it feels like stars are falling by the wayside each week with injuries while even more can just unexpectedly flounder at any moment. And while the masochist in me is curious what names this column might contain in Weeks 15 and beyond, the realist in me just threw up in his mouth a little.

Anyway, here are some sleepers.

I don’t know if you’ve heard, but Cam Newton is back. The once and future Panthers starting quarterback tallied two touchdowns in limited action last week. After the game, Carolina head coach Matt Rhule was coy about whether Newton would be the starter in Week 11. We feel more confident in proclaiming it will be so. That move would come just in time to face a Washington defense that — Week 10 notwithstanding — has been a fantasy punching bag all season and is still among the worst fantasy defenses vs. quarterbacks. It’s also a unit that will be without Chase Young (ACL) for the rest of the year. If that’s not enough, can I interest you in a little revenge? It’s a chance for Cam to get back at his old coach Ron Rivera, who declined to sign him even when the WFT had a need under center.

Mac Jones has played well for the Patriots this year. Jones hasn’t been a fantasy darling. Both things can be true. This week could allow the two things to collide. New England takes a trip down to Atlanta for a Thursday night showdown with the Falcons, fresh off a whipping at the hands of Dak Prescott and the Cowboys. Atlanta has been victimized by signal-callers as varied as Tom Brady and Davis Mills. Jones’ trajectory this season doesn’t suggest a video game performance, but if you’re looking for a solid QB2 or bye week replacement, Mac is your man.

The Dolphins are turning back to Tua Tagovailoa as their starter in Week 11. That should relieve some of the confusion we experienced last week with Tua being apparently healthy enough to play but not healthy enough to start. This week, he gets the Jets … which makes most people feel better. New York has surrendered a top 12 fantasy quarterback in five straight games — and a top five signal-caller in back-to-back contests. Before the finger injury, Tagavailoa was putting together a good stretch of football. This could be a chance to get fully healthy.

While we’re talking about the Dolphins, let’s peek in on Myles Gaskin. You’ll probably hear some talk about him being good in odd-numbered weeks. It’s true, though it’s not useful for anything more than jokes. (“Gaskin can never get even. He can only get odd.”) He’s been the picture of inconsistency, but the Jets have a way of helping all sorts of players get right. They have the 29th-ranked rushing defense and are being routinely gashed by opposing rushers. Matt Breida even rose from the fantasy dead to score twice against Gang Green last week. At least Gaskin already has a pulse.

It took a couple of months and a change at play-caller, but Kenyan Drake has become fantasy relevant recently. Greg Olson has allowed him to be the pass-catching back we anticipated when he joined the team. Drake was always expected to be a matchup-based option — and now we’re starting to get the right matchups. The Bengals haven’t been great against fantasy running backs this year. They’ve especially struggled against pass-catching backs. Cincinnati has allowed the second-most catches and fourth-most receiving yards to the position. This could be a week we love The Drake.

I don’t know if Elijah Moore is truly a sleeper, alas, here he is. It would be nice if the Jets did more to feature him in the passing game. Still, he’s finding ways to prosper. The rookie has scored double-digit fantasy points in four straight games. This week, he faces a Dolphins defense that, while improved, has still been victimized by opposing receivers. Considering the deficiencies of the Jets defense, New York’s offense could be playing from behind. That would mean more targets for Moore in the second half of the game. Garbage points still count.

Adam Trautman was a preseason deep sleeper. He’s a Week 11 deep sleeper as well. The difference is that being a tight end sleeper at this point in the season means only needing to score a touchdown. Enter New Orleans’ Week 11 opponent, the Philadelphia Eagles. Philly has been the stone-worst team against tight ends this year. They’ve allowed eight receiving TDs to tight ends with eight different players scoring double-digit fantasy points against the Birds. If you’re banking on a waiver wire tight end to find the end zone in Week 11, Trautman is as good as any.

Cole Kmet fell into the same preseason category as Trautman. He has a similar Week 11 situation as well. The Ravens are no longer the worst team against tight ends, but they are in shouting distance. It helps that Kmet has built a nice rapport with Justin Fields. Hopefully that bond got stronger during Chicago’s bye week. Regardless, we’ve been targeting Baltimore with tight ends all year long. No reason to stop now.

Remember those weeks when we were plugging C.J. Uzomah as a sleeper tight end? Those days are back! Uzomah’s target share has been understandably inconsistent. That’s to be expected on a team with Ja’Marr Chase and Tee Higgins. It’s made him very touchdown dependent. Which makes him like nearly every other tight end in fantasy football. To that end, he gets to face the Raiders this week. Las Vegas has allowed the second-most fantasy points per game to tight ends this year. For anyone throwing darts at the position this week, Uzomah’s a good place to aim.

Do you know what the Jets are doing at quarterback? If so, they might be able to use your input in Florham Park. The rest of us will look at streaming the Dolphins DST this week. New York’s quarterbacks this season have combined to throw 18 interceptions to just 13 touchdowns. No offense has allowed more points per game to fantasy defenses. That coincides with a Miami D that seems to be figuring things out and has had 17 or more fantasy points in consecutive weeks. This matchup is set up for the Fins to make it three in a row.

Marcas Grant is a fantasy analyst for NFL.com and a man who has unwittingly acquired a working knowledge of theReal Housewivesfranchise. Send him your background TV watching or fantasy football questiononTwitter @MarcasG or TikTok at marcasgrant. 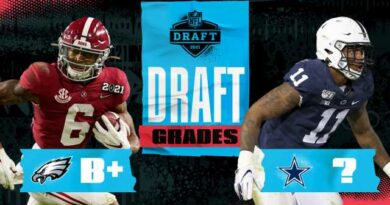