Home » NFL » NFL free-agency buzz on all 32 teams: Execs help us make sense of the frenzy

An NFL free-agency period with this kind of star power — Tom Brady, Philip Rivers and Teddy Bridgewater found new homes, while Cam Newton and Jameis Winston are still on the market — deserves newsy nuggets on all 32 teams.

So, we made some calls to execs around the league to get their insight on how things have gone through the first wave of free agency, then packed each section with tons of info to help pass the time. Let’s get right to it, in alphabetical order.

Cardinals GM Steve Keim would earn praise for getting anything in return for a benched running back due $10.2 million in 2020 guarantees. Flipping David Johnson and a second-round pick for a top-three NFL receiver in Hopkins? That earned Keim the GM star of the week sticker.

But the Cardinals might not be done. One league exec says he wouldn’t be surprised if Keim added even more firepower for Kyler Murray behind a steady three-man receiving core and tailback Kenyan Drake. Perhaps more tight end depth is on the way.

The ammunition: Murray’s modest $8.08-million cap hit in the second year of his rookie deal. That number ranks 24th among quarterbacks in 2020.

“They have a window with a talented quarterback on a rookie contract and are all-in right now,” the exec said. “As they should be.”

Todd Gurley II has one of the most fascinating free-agency deals not only because of his pedigree, but for his first consultation with team doctors. This was an easy deal for Atlanta, who didn’t have to trade for him. They just waited for the Rams to release him, knowing the $7.5 million Los Angeles owed on the way out would lessen his free-agency earnings. Atlanta is paying him $6 million for one year, but that deal won’t truly be consummated until the Falcons thoroughly check his maligned knee.

“They have to make sure Gurley is right,” one league exec said. “We might not know that for a while.”

As for the defense, there was some buzz that Jadeveon Clowney, who’s from South Carolina, would have welcomed a return to the South. But the Falcons zeroed in on Fowler, who’s coming off a career-high 11.5 sacks. Fowler is considered by one exec as a tremendous athlete with speed and power off the edge but inconsistent against the run. 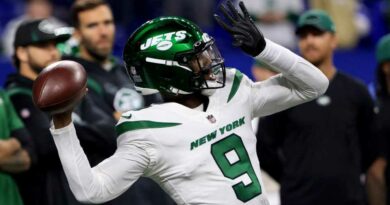