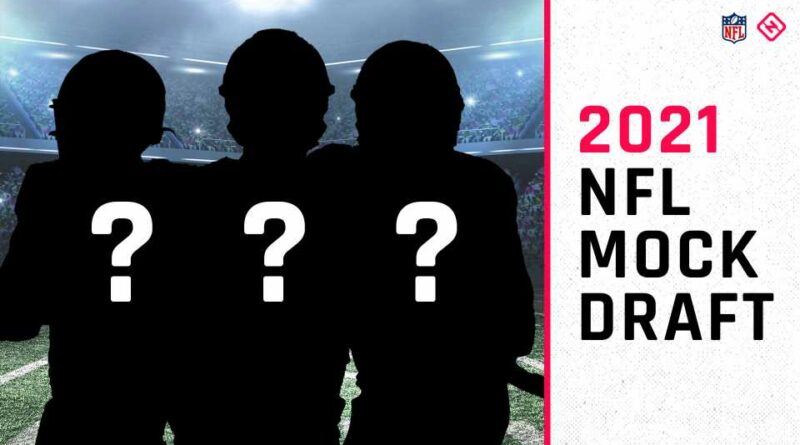 With most of the 2021 NFL first-round draft order officially set with 18 non-playoff teams knowing where they all will be picking in April, it’s time for a special new edition of Sporting News mock draft.

While waiting for the playoffs to play out among the 14 teams still alive for Super Bowl 55 to completely determine the second half of picks. it’s time to focus on thinking about what teams who are already on the clock will be thinking.

From the no-brainer at the top to some tricky picks just outside the top 10, here’s a quick early-January look at how Nos. 1-18 might play out. The updated draft order comes courtesy of Tankathon:

Lawrence didn’t have the best finish to his college career, but he lived up expectations of being a generational talent at the position, the second in a row after Joe Burrow. He’s a great leader and winner on top of being a strong-armed passer and capable tough runner. Lawrence will clean up the Jaguars QB mess, attached to a new coach, potentially former big college winner Urban Meyer. Lawrence can have success right away with the Jaguars having a decent offensive line and top young skill players such as James Robinson, D.J. Chark and Laviska Shenault Jr.

Fields wasn’t having the most standout second season for the Buckeyes in Big Ten play, but he saved his absolute NFL-loving best for lighting up Clemson and outplaying Lawrence with a dazzling all-around performance in the College Football Playoff semifinal. Sam Darnold may haven’t gotten the fairest shake with things around him under now fired Adam Gase, but regardless, he doesn’t have the type of ceiling Fields does. Fields can quickly help New York play catch up with the Bills (Josh Allen) and perhaps pass the Dolphins (Tua Tagovailoa) with his immense natural physical talent.

Chase opting out of LSU’s mess of post-Joe Burrow season was a good decision to preserve his stock as the unquestioned best wideout in the class, even though he has some tough competition for that status from an Alabama duo. Chase posted 84 catches for 1,780 yards and 20 TDs during the national championship season and can join former teammate Justin Jefferson in lighting up the NFL as a versatile playmaker. The Dolphins could use him as a true big-play go-to guy for Tagovailoa to support DeVante Parker, much like Jefferson played well off Adam Thielen as a rookie.

The Falcons need to invest heavily in their pass defense (again) in the 2021 draft. They need to hit on someone who can get after the quarterback and dominate physically and athletically against offensive tackles. Paye is a freak of nature and has quickly shot up draft boards. It’s hard not to think about a combination of Ziggy Ansah and Jason Pierre-Paul in that sense.

Protecting Burrow better while also boosting the running game up front has to be a priority for Zac Taylor’s team. Sewell is the exact kind of rock the Bengals need and they shouldn’t hesitate to jump on him if he’s on the board. After Lawrence to the Jaguars, his availability would make Sewell the easiest pick in the first round.

The Eagles got some flashes from Alex Singleton but otherwise had a glaring defensive weakness at linebacker, struggling both in cleaning up against the run and second-level pass coverage. They can stay in state to get a rangy playmaker in Parsons, going for matching value with need vs. going wide receiver. Parsons is a hard-tackling and well-covering cleanup man in the Luke Kuechly game-changing mold.

The Lions got a nice closing stretch from Marvin Jones Jr. with Kenny Golladay (hip) on the shelf for most of the season, but Jones is also heading into his age 32 season as a free agent. It makes sense to think about a high-level replacement who can form a great new combination with Golladay for Matthew Stafford (or whoever else might be at QB for a new coach). Smith has picked up from he left off last season to become Heisman Trophy-worthy. He has 105 catches for 1,641 yards and 20 TDs in 12 games this season.

Wilson has had an exceptional season with his accuracy and downfield passing to emerge as the draft class’ third-best QB prospect after Lawrence and Fields. Teddy Bridgewater did OK as the Panthers’ bridge QB out of necessity, but there’s also an indication they have a limited ceiling with him and should think about replacing him by 2022 with a longer-term solution. Wilson would be a strong, cerebral fit for Joe Brady’s offense.

The Broncos had shaky cornerback play with aging A.J. Bouye as their best outside option. They will also think about further boosting their edge pass rush, but they also won’t pass up on some shutdown potential for the secondary. Farley was one of the first top prospects to opt out for his final college season. He has great size and solid all-around coverage skills for the position.

Surtain, with his pedigree, size and ball-hawking skills, has the potential to be a true shutdown player. The Cowboys’ secondary has been awful without Byron Jones and Surtain would be a good complement to fellow Alabama product Trevon Diggs. Jerry Jones needs to focus on shoring up the back end first in the process of fixing the defense.

The Giants are strong up the middle defensively and look much better at cornerback, but they are in desperate need of punching their old calling card on the edge under Dave Gettleman. Rousseau, who opted out of the Hurricanes season, didn’t really need to play to boost his stock after posting 15.5 sacks and 19.5 tackles for loss in his lone significant and final season under defensive-minded head coach Manny Diaz.

Lance is slowly climbing back up boards with his massive upside. As more teams see tapes of his one statistically brilliant lone season as a starter (2,786 yards passing, 28 TDs, no INTs, 1,100 yards rushing, 14 TDs) it’s harder to ignore the impressive physical and athletic skills he displayed in his first full season of action. The 49ers can get out of Jimmy Garoppolo’s contract and needs to shoot for the QB ceiling to better dominate with their array of offensive skill talent, including George Kittle, Deebo Samuel and Brandon Aiyuk. Lance’s running would add a new dangerous element to Kyle Shanahan’s scheme and he has the head, quick release and accuracy to handle the passing precision of it all.

The Chargers know they have a potentially special QB in Justin Herbert and have some pretty good skill players to support him. But it’s imperative they improve their edge pass protection to their already established young franchise passer. Darrisaw has entered the first-round mix of late with standout athleticism that can help him develop into a smooth and nimble long-term pass protector in the NFL.

The Vikings need to think about saving money at left tackle and also replacing so-so Riley Reifff with an upgrade who can help both Kirk Cousins and Dalvin Cook nicely. Slater, who opted out of his final season with the Wildcats, is quickly rising up the boards again with his all-around skill set getting more attention. He held more than his own vs. Washington defensive rookie of the year Chase Young in a college matchup.

Waddle played only four games before his season-ending ankle injury and he still posted 25 catches for 557 yards and 4 TDs. The Patriots have had a rough time with wide receivers except for Jakobi Meyers and needs a big hit at the position. Tapping into Nick Saban and Alabama is typically good for Bill Belichick and he can’t afford to miss again looking for playmakers to boost whoever his next QB will be.

The Raiders invested at linebacker with big-money deals for Cory Littleton and Nick Kwiatkoski in free agency, but still need to be more active and versatile on the second level to help their struggling defense all-around. Owusu-Koramoah covers like a defensive back and has room to grow into a physical run stopper.

The Cardinals got some pretty good play from Dan Arnold down the stretch for Kyler Murray, but with Larry Fitzgerald on the brink of retirement, they need a true young go-tog guy in the middle of the field to play well off DeAndre Hopkins. Pitts, a wide receiver hybrid, would be ideal, with the potential of being to Murray what Mark Andrews is for Lamar Jackson. Pitts posted 770 yards and 12 TDs on only 43 catches, a rare field-stretcher for the position as well as a dominant red zone force.

The Dolphins need to get more athletic and shore up their inside pass protection while also getting an asset with considerable upside as a run blocker. Davis can be an elite NFL interior blocker and already has showed plenty in the way of paving the way for the Buckeyes’ prolific rushing attack before deciding to opt in back into what could be a national-championship winning season.

Will success be similarity for Bengals, '70 Steelers?